Author’s Note: Because the story will, from here on out, take place in England, you are all required to read this and all further installments in the best British accent possible. I would hire Benedict Cumberbatch to narrate, but I believe he’s a bit outside of my pay grade. Read it in his voice if you so wish.

Remember when I mentioned in the first blog how I could say “Once we got to Europe, everything was good”? Apparently, my superpower isn’t clairvoyance. However, I do seem to possess the uncanny ability to jinx myself at the unlikeliest of times. But why start the story in medias res? Let’s go back to the beginning.

Once upon a sunny Irish morning, Dad and I rose early and commenced packing for our flight across the Irish Sea to our new destination. Having finished with my research in Belfast, we could move on to where the bulk of my studies about Warren and his childhood are to take place. We flew in with Ryanair on one of those planes you get on by climbing the stairs attached to the side of the plane. Flying over the British countryside reminded me of Ireland, definitely, what with the rows of green hedges and trees sectioning off parcels of land. As cool as it was to stand and walk on British soil, the view of this place seems incomparable to the one in the sky. After we landed, a bus took us from the plane to Gatwick Airport, where we grabbed our luggage and puzzled our way to the car rental. Renting a car, as we figured during the stages of planning out the trip, seemed like one of the cheaper options to go with. All it would take was a little courage from Dad and my exceptional navigational skills.

With slight trepidation, Dad took to the road, quickly realizing the whole driving-on-the-opposite-side-of-the-road stuff wasn’t as difficult as he had originally believed it to be. However, we then ran into our arch-enemy of the road. More sinister than James Moriarty, more twisted than Charles Augustus Magnussen, and more devious than Irene Adler…the roundabout. On principle, the idea seems simple. Go around from your road to the road you need to reach. In practice, it is anything but. Now I’m certain that people who are more accustomed to driving on these particular roads on a daily basis and who frequently interact with these donuts of disaster have a better handle on them then we did. Certainly, experience is key. Perhaps my “exceptional” skills with a GPS were somewhat lacking, but, if I may slip into some British parlance for a second, the bloody things confounded us inexperienced Americans to no end. Thanks to a few of them, we ended up turning the wrong way, we ended up traveling back the way we came, and we had to circle a few roundabouts before getting into the proper lane. Consternation-causing little buggers. By time we leave the country, of course, we’ll have the hang of them. But, by then of course, we’ll have left and have very little reason to ever confront them again. You’d think it would be elementary, my dear reader, but it was not to be. 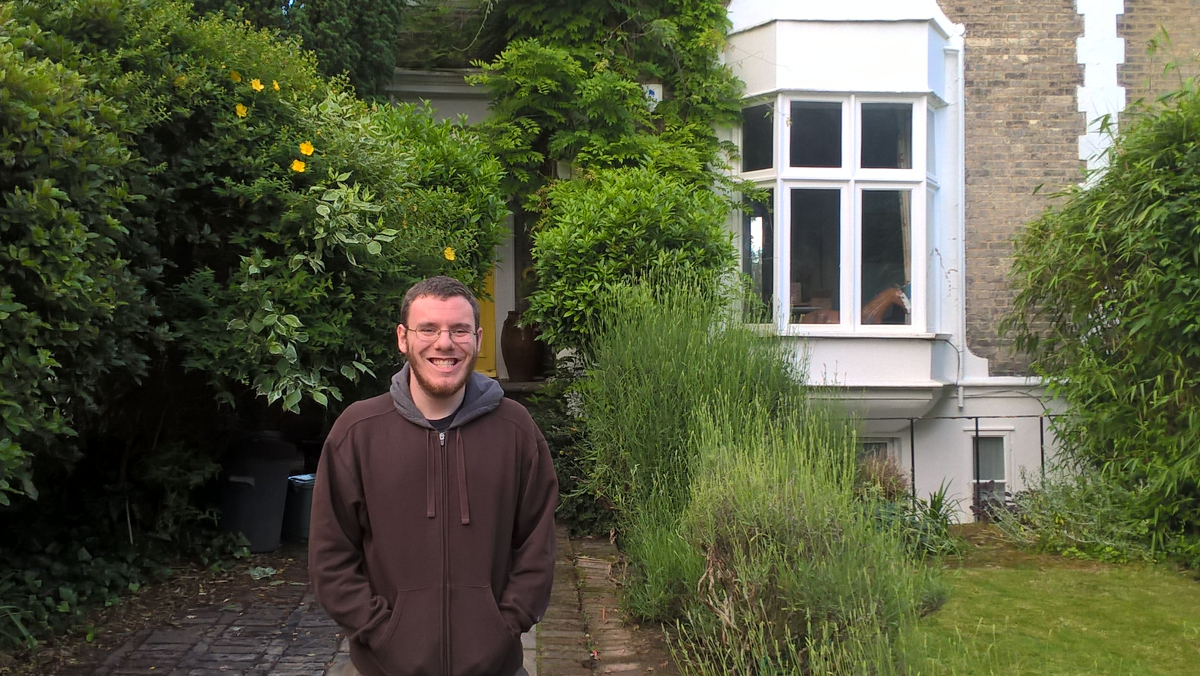 The Bed and Breakfast

We reached our destination a number of hours after we had intended to get there. Fortunately, our hostess, a woman by the name of Ms. Rosemary Wiseman who owns a Bed and Breakfast, was very accommodating and gracious and had no qualms with us getting there late. The other good thing was that today was not a research day and so we didn’t miss anything important. Plus, we got a very good look at the more rural aspects of England. Again, like with Belfast, I tried to compare it to America, and again, it was a difficult task. If anything, I would say that, while I cannot place it exactly geographically, it’s easy to see how life works in general and compare that to America. People riding bikes and taking walks, pushing their kids in strollers, working jobs, wondering why the guys in the black Volkswagen can’t use a roundabout correctly. Stuff like that. Stuff that we do too. I’m not exactly sure how I saw the UK before coming here. I knew it was similar to our country, but shows like Sherlock and Lewis can be difficult to relate to sometimes (anyone here a super-genius detective with a severe superiority complex?) and perhaps skew one’s outlook slightly, so it’s been cool to see England from the street level, not just through the perfected view of a camera lens. 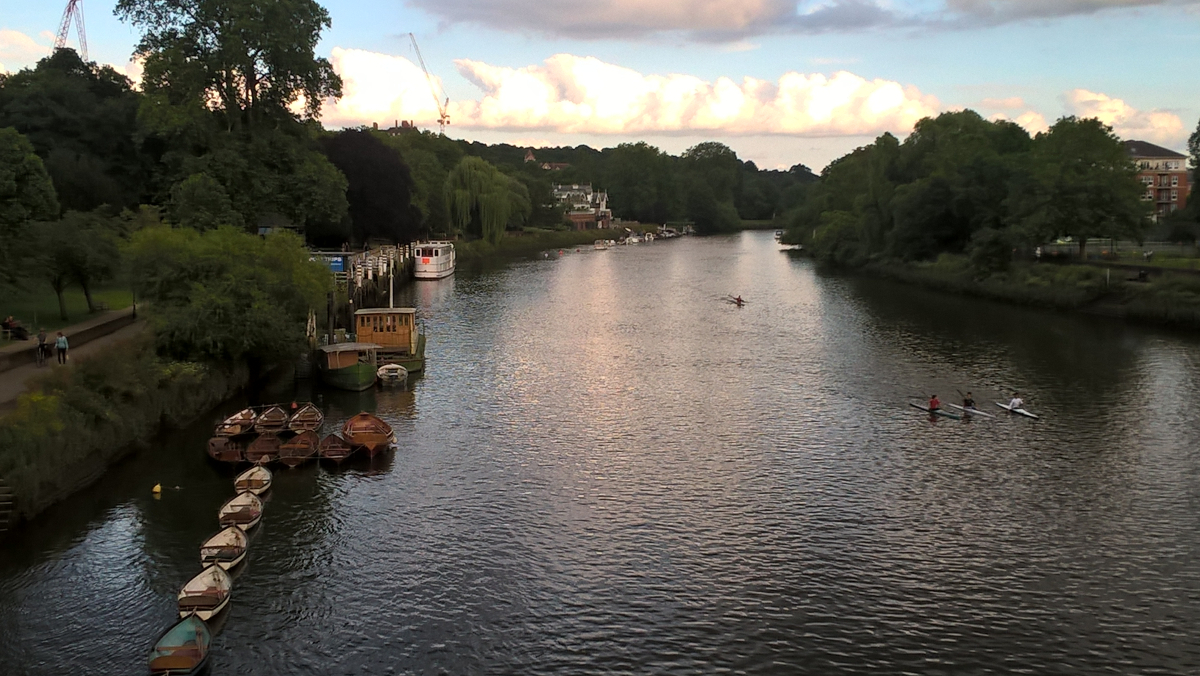 We are currently in a suburban town called Richmond, a little ways outside of London. The Bed and Breakfast we are housed at reminds me of one of those older homes you’d maybe read about in children’s books. I haven’t seen much of it, just the front hall and the basement, where we’re sleeping, but there’s a quality to it that makes me feel like I’ve been thrust into a book. It’s like stepping through a portal from the modern world into a different era. I’d better start looking for wardrobes.

Dad and I grabbed a bite to eat downtown at a small place called the “Chicken Basket,” which is a definitely different restaurant than the place called the “Chicken Basket” in Illinois. It does have one primary similarity, however: chicken. Surprise. The food here is a little spicier, but not uncomfortably so. On the way back, we grabbed some groceries at a small convenience store. Dad says we’re “roughing it” out here, fending for ourselves in the great big world. I thought that would be difficult. Turns out, it’s not so bad when someone’s with you. We just need to work on our directions.

Tomorrow, we head to Malvern College, where Warren attended (and Jack, but who cares about him, he’s just some author) to hopefully learn what I can about the college itself and perhaps a bit about his time there. We’re going to leave extra early, though, just in case we run into any of those darn roundabouts.