The question I’ve been tackling that I mentioned yesterday—“Is Europe a place I would like to live?”—is one I continued wrestling with today. The answer, more and more, is leaning towards no. Ireland and England have been really cool countries to visit, and the cities I’ve seen have been really amazing to experience, but I think this is a country I would only like to spend a limited time in. A lot of it has to do with the differences. As I have also mentioned, there is a lot similar to America here, with its own English spin on it, but there is also quite a bit that’s different, meaning that living here would take some getting used to a lot that’s different from what I know. The driving, the customs, the weather. Of course—and this is perhaps a more momentous reason—it would mean leaving behind everyone and everything I know and, unless particular circumstances guided me in that direction, that is not a choice I would voluntarily make. Visiting Europe again would be a total possibility, especially if it was more for fun and not just for research, where I feel the weight of getting things done and finding the information that I need. But I cannot picture myself living here indefinitely. 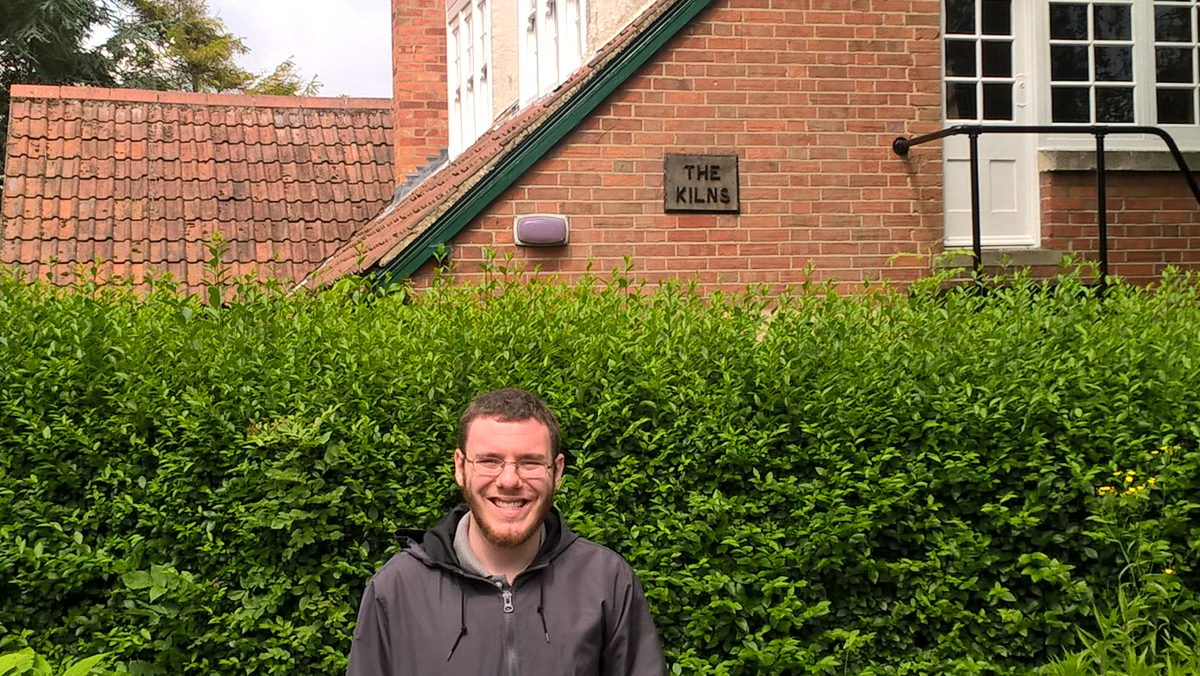 The Kilns, the adult home of the Lewis brothers

But back to the point of this blog: Warren. Today, Dad and I had the pleasure of visiting the Kilns, the home Warren bought with his brother and a lady named Mrs. Moore who lived with them for many years. Like with our visit to Oxford yesterday, this tour is outside the range of the time period that I’m chiefly examining but, also like with our Oxford visit, I see this aspect of my research as a culmination of what I’m working on, answering those key questions of “how?” and “why?” of the impact of Warren’s childhood on his later life. Plus, like the other tours, seeing where he lived has been an incredible experience, for both research purposes and, well, my own personal literary geekiness.

One little problem. We had never heard about where we were supposed to enter the Kilns. We got there fine, but figuring out where to go after pulling up outside was another matter. We tried a back door, but that didn’t work. Finally, with the help of another American tourist there for the same reason we were, we finally discovered the front door and joined a variety of others for the tour of the house. We were led through a variety of rooms, learning about the brothers, their family, and their lives at the house. We saw, among other places: the Common Room, where the Lewis brothers entertained company and tended to untidily grind their pipe ashes into the carpet (one among a few bad habits the men seemed to accumulate); Jack’s study, where he penned works such as The Chronicles of Narnia, and his bedroom, which houses one of eight wardrobes in the house; an attic area meant to replicate the attic the boys used in Little Lea to craft their stories, which was wonderful to see considering I hadn’t been able to see any of the inside of Little Lea; Warren’s room and his study, where, like Jack, he worked on his own writing, histories in his case; and the former garage, attached to Warren’s room, where he kept his motorbike. At one time, books apparently lined the floors and stairwell, a couple thousand at the very least. Not much of a surprise, that. 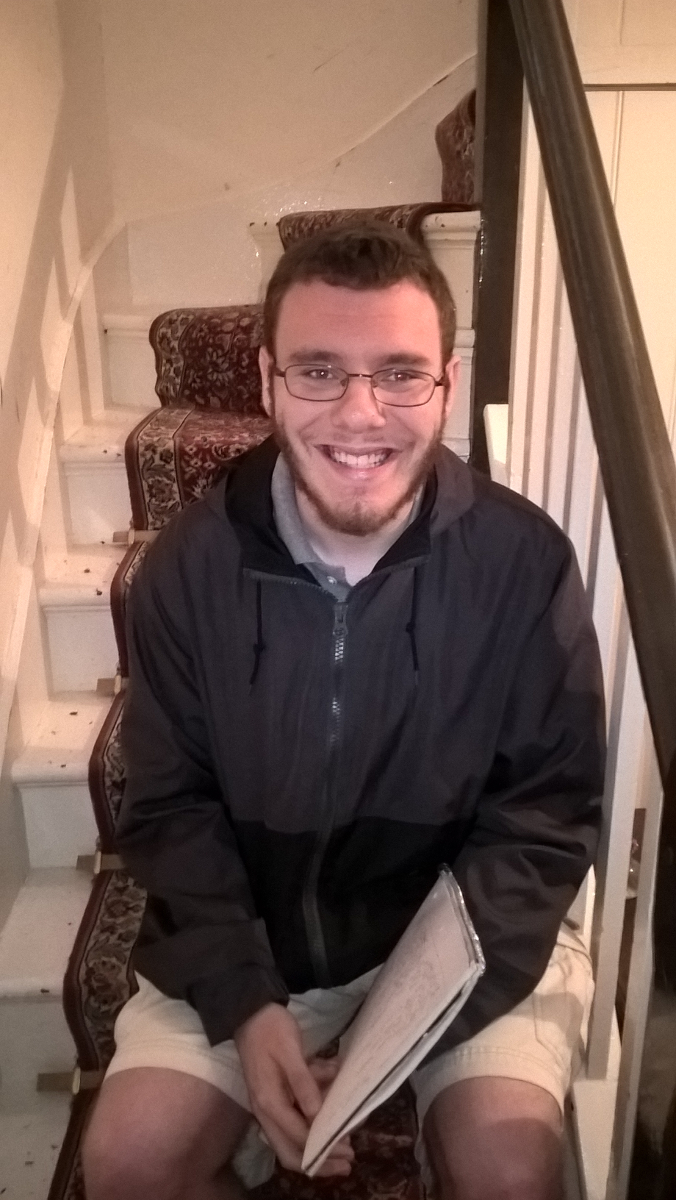 Once again, threads made their way from earlier tours through this one: the haphazard arrangement of books reminded me of a similar description of Little Lea by Jack; the habits the boys engaged in together reminded me of two boys who lost a mother early on and thus probably had few influences to give them certain proper behaviors, leaving them to act like man-children; the activities they did together, including walks and book reading. Drawing lines from childhood to adulthood is a little easier to do with Jack, but I believe these lines are also tangible with Warren, and what sections I can’t find physical proof of remain for me to fill with my imagination and the things that I have seen here. Overall, the Kilns felt like a very successful tour. It isn’t my last, but it does represent an ending of sorts, since this is the point where my project would end. 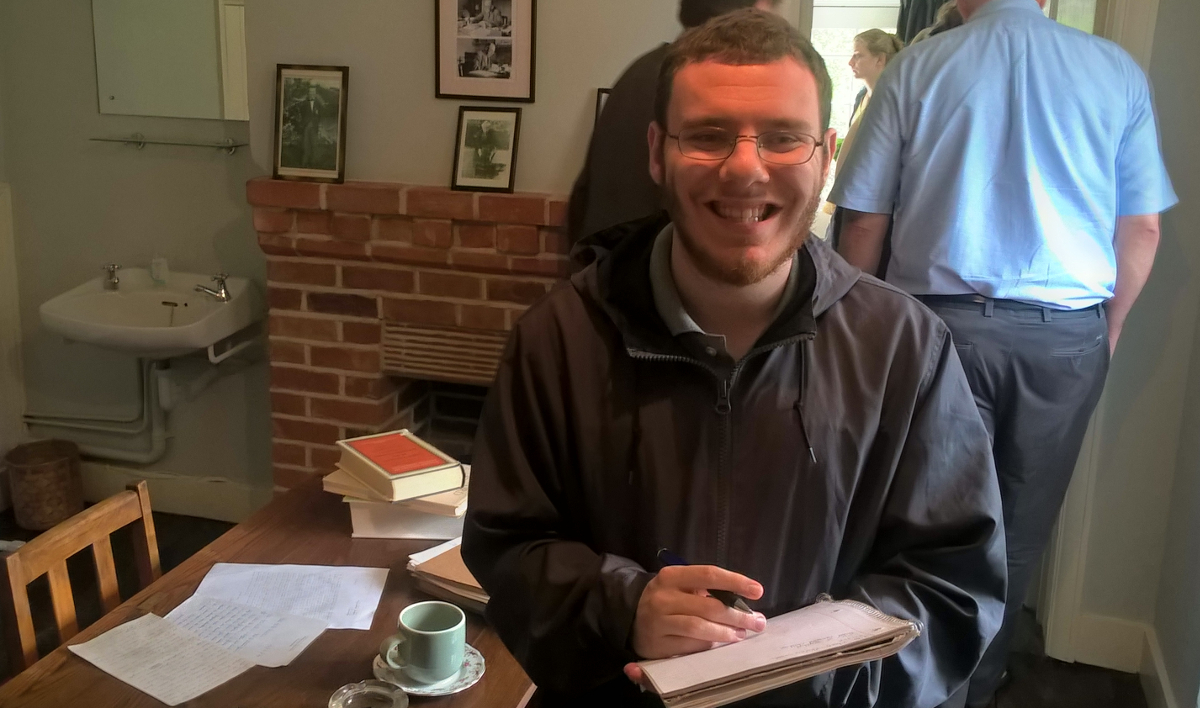 After this, Dad and I walked a path on the grounds that would’ve taken us around a bit, but our way was hindered by mud, created by the rain these past few days. We stopped and went back. I’ll admit that I was little more daunted by the mud and water than Dad was, but then again, I’m not a staunch Lewis brother, now am I? 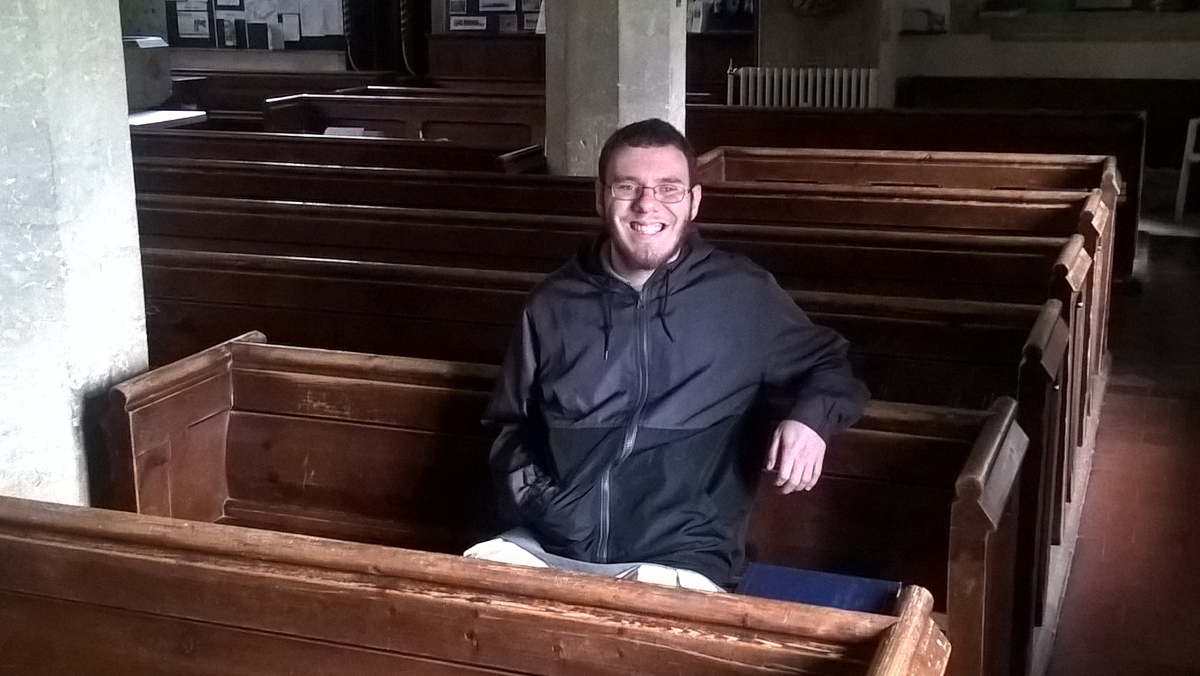 We intended to head to Holy Trinity Church in Headington Quarry, where the Lewis brothers often attended together and are buried in the same grave, but our plans were thwarted for a moment by another spot of bad weather, rain accompanied by thudding hail. Parked by the church, we huddled in our car and waited for the storm to pass. Well, it doesn’t seem you wait for a “storm” to pass; you tend to wait for part of it to pass and then move as fast as you can for shelter before the next, blustering, thundering wave hits. Once the rain stopped for the time, we found our way to the church. Holy Trinity seems a little secluded actually, at the end of a hedge-lined pathway and surrounded by graves. We found the pew where they typically sat, a place our tour guide at the Kilns said Jack liked to arrive at immediately before service and abandon slightly before the end so as to avoid human interaction. 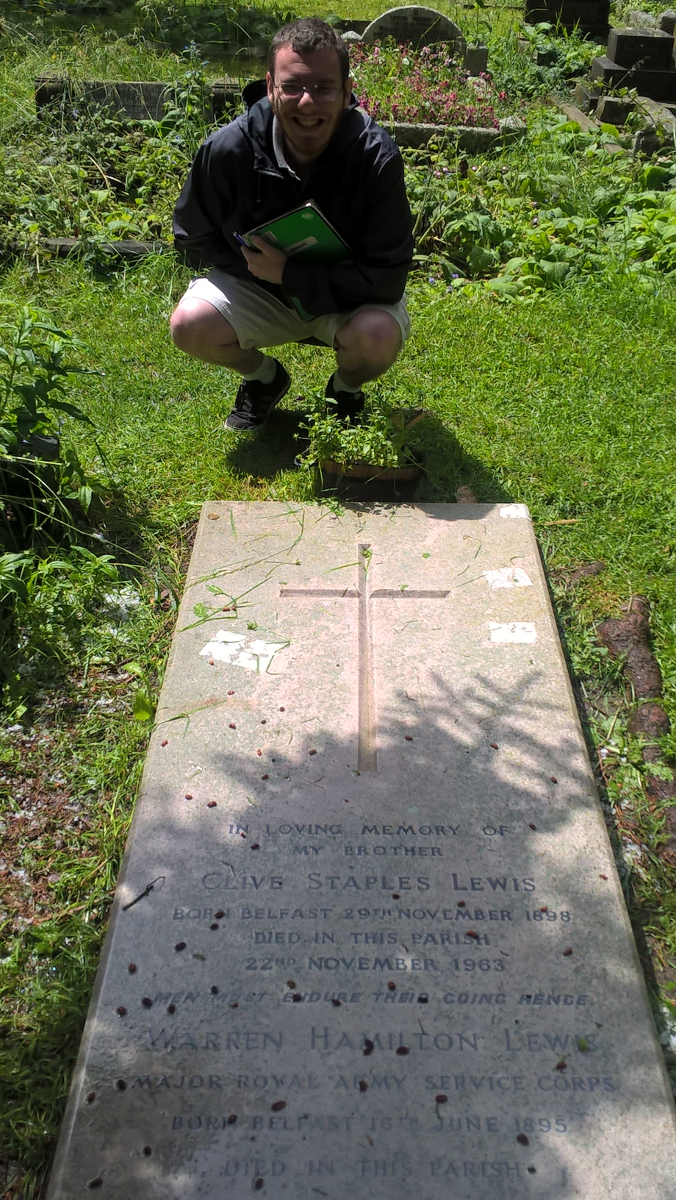 The final resting place of the brothers Lewis

The grave where the brothers are buried—Warren’s coffin on top of Jack’s, I assume, since he died after—surprised me a little. Pretty much everything else we’ve seen regarding the brothers has been tethered to them in some way, typically something indicating Jack’s connection. His homes, Dundela Villas, Little Lea, and the Kilns, are clearly marked as once being his. The Eagle and Child asserts its connection to the Inklings. St. Mark’s, University Church, and Holy Trinity Church have markings to show exactly where he sat. Not so his grave and, by extension, Warren’s grave. This was actually a thought proposed by my father: that their graves are simple, surrounded by so many others whose names are not known the world over. There’s nothing special that adorns where they lie, nothing to indicate that’s where they lie other than the gravestone itself. Just their names, the dates of their lives, and a few other words. Nothing more. It seems extremely simple for an author who has entertained and taught so many over the years. And yet, it’s fitting, for both of them. In the end, both men were humble and lived frugally, and so shouldn’t their final resting place reflect those qualities as well?

Jack died in his bed in his home; Warren died reading a book. If anything, places and stories like the ones we’ve encountered so far should point to the fact that these brothers were, at their core, human beings. As a famous author and theologian, Jack has been seen as a larger-than-life figure; conversely, hidden beneath his brother’s shadow, Warren has been seen as something smaller or, in some instances, not seen at all. But the two have so many connections, lived so similarly, that there are so many parallels between them, despite Jack’s overwhelming popularity. Calling them “human beings” seems obvious, but it seems like, in Jack’s case, so many other layers have been added and, in Warren’s, so many layers have been discarded. Thus, the visit to the Kilns and Holy Trinity Church helped me discover that human core, to Warren in particular.

We grabbed lunch at McDonalds, after making our way through partially flooded streets, and then navigated a route back to the Bed and Breakfast. In the evening, we explored the streets of Richmond, visiting a comic shop and each purchasing a volume and grabbing pizza at a restaurant (hail, my American appetite). A nice ending to a very successful day.

Not sure what the plans are for tomorrow. One more tour, at the Royal Military Academy in Sandhurst, awaits me, but that’s Monday. We have some ideas for Sunday, so we’ll have to see what plays out.