Today was, like London on Thursday, more of a “fun” day for Dad and me. With my last tour lined up for Monday morning in Sandhurst, we decided that Sunday could be used as a little break from research and note-taking. We juggled a few ideas around, but finally decided to take a day trip out to the White Cliffs of Dover. It’s a little far from our Bed and Breakfast—about a two hour drive—but all the driving these past few days has taught us a modicum of patience.

Pretty much all of our time was spent on top of the cliffs, so the most we got to see of the actual White Cliffs were as we drove into the town of Dover. Dad saw somewhere that it would be easy to spend a day on top of the cliffs, and given we had just finished a two hour drive, it wasn’t an altogether inconceivable idea. Once we reached the Cliffs, we guided ourselves up a winding road on the side of an incline, coming to Dover Castle. There seems to be multiple sites on the Cliffs to visit, but we spent our time at the Castle. It’s a fascinating place. Like other places we have been during our adventures in the UK, entering the castle is like stepping through a portal into a time completely different than ours, but Dover Castle has the added bonus of launching you back into not one, but two different periods of history. 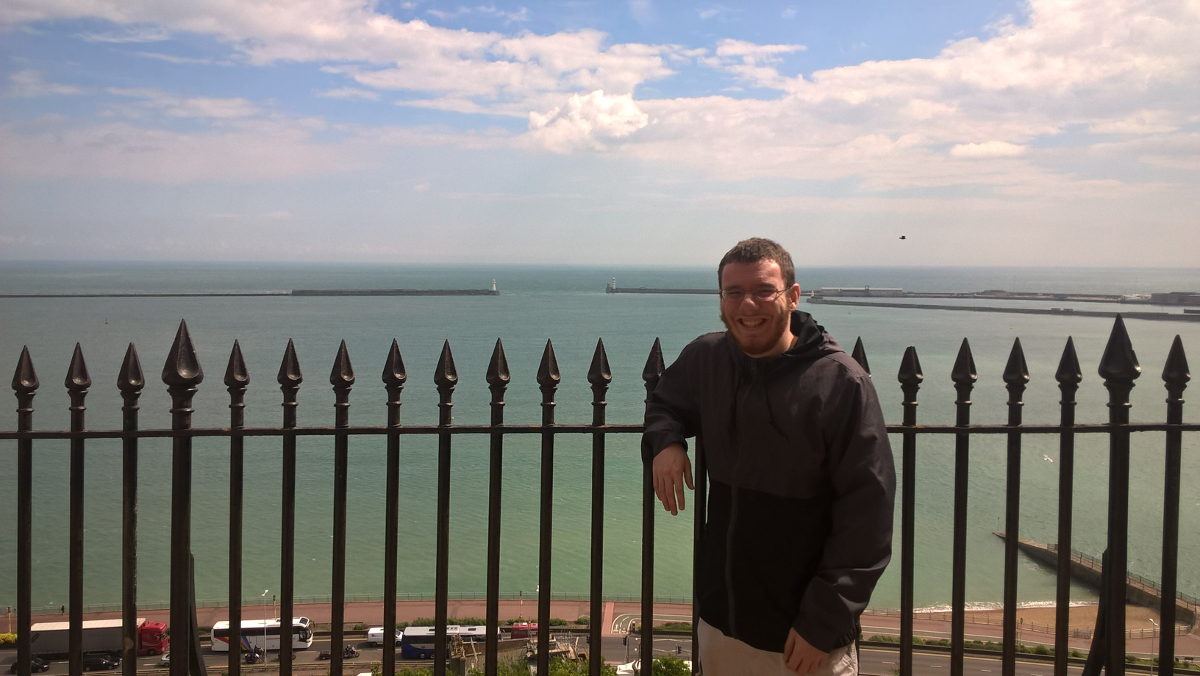 The English Channel from the Wartime Tunnels

The first encompasses World War II. This aspect of the Cliffs can be discovered through what are advertised as the “Secret Wartime Tunnels,” a labyrinth of passages that snake their way beneath the surface of the Cliffs. According to some history we read in a small museum area in the Cliffs, the use of these tunnels actually extended far back before WWII and even during the Cold War afterwards, but the passages are mainly known for being used during the second World War. Commanded by the British, three levels of tunnels—each fifteen meters underneath the one above it—were utilized for a variety of purposes. Specifically, Dad and I were able to tour tunnels that had been used as an underground hospital as well as areas dedicated to helping plan and implement the famous rescue from Dunkirk (and, knowing that Christopher Nolan is currently making a movie about that rescue, I’m hoping he uses these tunnels, or at least a recreation of them, for his film). Having just seen a documentary on Winston Churchill, which included an account of the Dunkirk rescue, it was fascinating to be able to walk the same dark, stone halls men would’ve scrambled through to get the operation going. As brought up in previous posts, this entire trip has been about stepping into the past, bringing what I’ve read about or seen on screens to life. This added another layer to that experience. 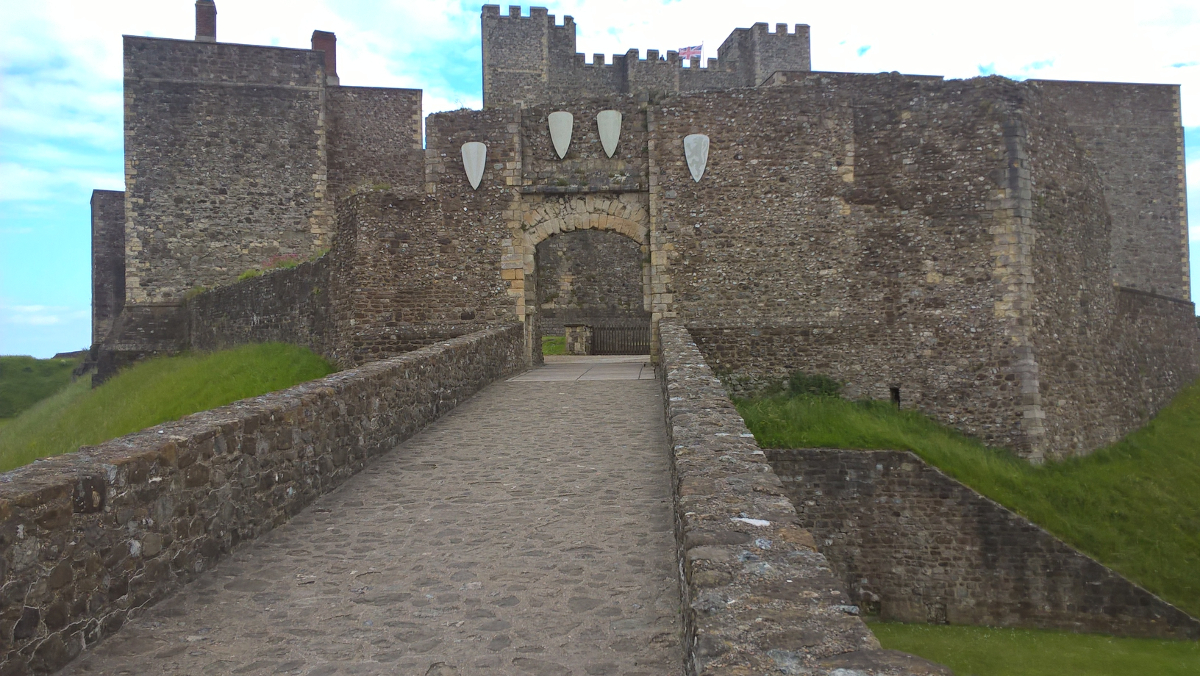 After these tours of the tunnels, we visited Dover Castle itself, positioned slightly away from the cliff face. This opened a new era of history for us—the Medieval Ages—and brought us to a castle crafted by King Henry II, the father of King Richard and his brother Prince John, signer of the Magna Carta (which I guess I technically saw in Oxford? My tour guide passed by it in the Bodleian Library, said “That’s the Magna Carta” offhandedly, and moved on…so I didn’t get a great look). Maybe the architecture is older and far more archaic than anything we’ve seen in London or Oxford, but it still holds up really well. This is a very well-preserved castle, with a big tower in the middle that Dad and I explored. Kitchen, bedrooms, a throne room, a chapel, a grand roof that oversees the town of Dover below. On the inside, the castle didn’t seem as expansive as one would think, but this may have been due to the huge walls needed to support all the stone. 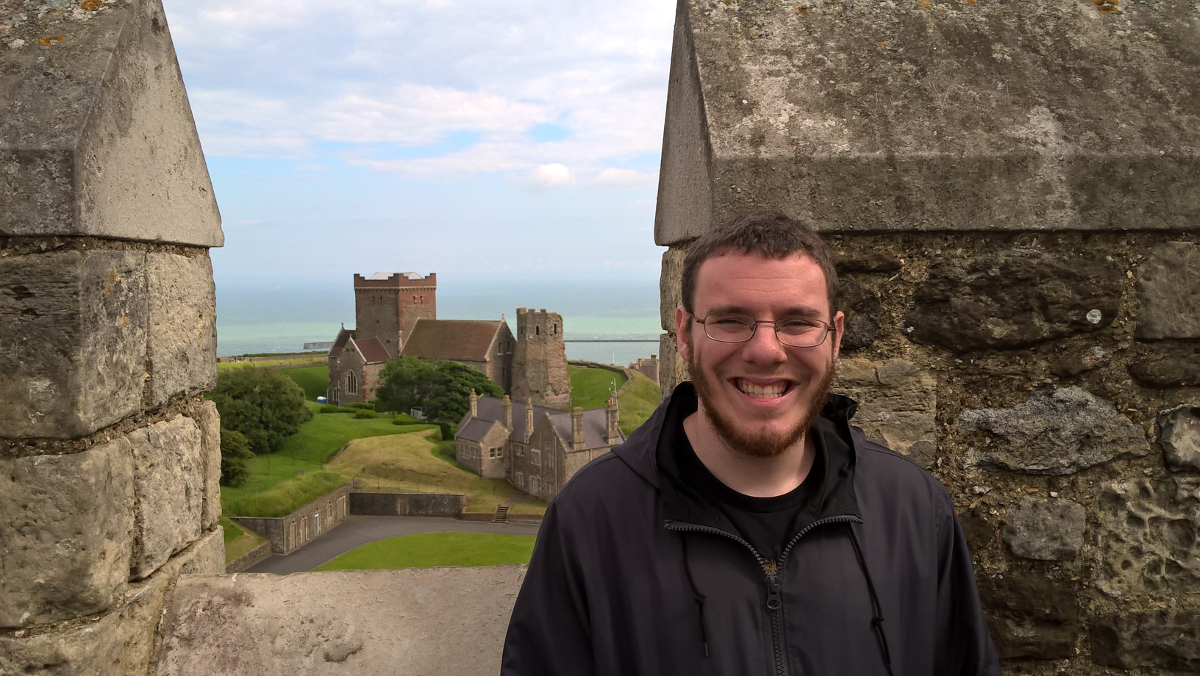 Some of the old buildings within the walls of the castle had been converted into museums, so Dad and I learned a bit about Henry II and his descendants. Apparently, they were quite a dysfunctional family, all fighting and backstabbing each other over power and land. Still, they created a dynasty that ruled England for about 400 years so, hey, not too shabby. A second museum next to that one covered the Princess of Wales’ Royal Regiment Museum, dedicated to a specific regiment in the English army that Princess Diana was attached to and had served in various wars in England’s past, including the “American War of Independence,” which sounds like how they refer to our Revolutionary War over here. It’s interesting to see the altering perspectives in how different countries view the same event.

We also were able to explore some Medieval tunnels and see some sheep outside (modern sheep, not Medieval ones…these were very much alive and bleated “Four legs good, two legs bad” at us as they rambled through the grass). The tunnels seemed like a secret way from the outside into the castle and were protected by gates we couldn’t leave through, so we had to double-back to the beginning. Before entering the tunnels, I bought myself an ice cream cone (mint chocolate chip, for you ice cream aficionados who want the details), so I of course had to be particularly careful I didn’t trip on the uneven floors while we explored.

I’ve started feeling a little homesick, and that manifested itself in the evening. Originally, the plan had been to be gone for two weeks—leaving on a Wednesday and coming home on a Wednesday—but we later found better tickets for a Thursday flight and then ran into the issues with the airport, so the starting date for our journey changed to Friday, but the ending date has remained the same. However, thinking it over, I began wondering why I planned my last visit for Monday—the tour of Sandhurst tomorrow—and then had us still leave Wednesday. Realizing I would be finished with my work and have another day before going home bummed me a little. Europe is cool, and going to London a second time will be neat, but I’m getting to the point where I’d like to be back home.

But since we are here until Wednesday, Monday and Tuesday need to be opportunities to enjoy the time we have remaining.