Untangling Spidey's history, one tale at a time 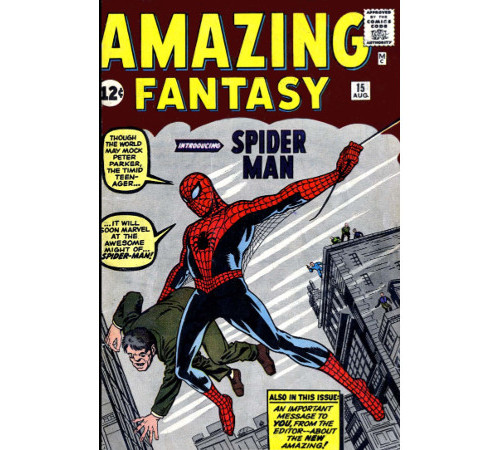 This blog, over the past several years, has done a rather dishonorable disservice to the character who stands out as my personal favorite pop culture icon: Spider-Man. He’s Marvel’s flagship comic character, superpowered alter ego of Peter Parker, idol o’ millions, your friendly neighborhood defender, and just an all-around amazing, spectacular, and sensational hero. Here and there, I’ve posted comics-centric blogs (a review of Dan Slott’s Superior Spider-Man series; an overview of some of my favorite Slott stories; a series of blogs detailing my hopes for current Amazing Spider-Man writer Nick Spencer’s run; and even some discussions regarding Spidey’s role in film), but the larger landscape of Spidey comics has been left untouched. No in-depth analyses of narrative, characterization, dialogue; no fan-boying over references or inside jokes or discussions regarding good and bad stories.

I want that to change.

It’s probably an understatement to say I own a bunch of Spidey comics, and the size of my collection has grown exponentially in recent years (and continues to grow), as the beauty of consistent income has enabled me to collect various stories and series. As I’ve noted in other posts, I was gifted a DVD disk that collected 43 years worth of Amazing Spider-Man issues several years ago, and through other gifts and my own purchases, I’ve amassed a sizable collection of comics centered on the Web-Spinner. Throw in the several series I own based on some of Spidey’s supporting cast and crooks, as well as the multiple crossovers I’ve gathered, and my collection has been enriched beyond the confines of the Spider-verse.

I’ve wanted to discuss these stories in writing for years. Every so often, I’ve jumped aboard a certain idea or concept (apply Vladimir Propp’s “Morphology of the Folk Tale” to Spidey’s early adventures! Write about the best Spidey stories ever written! Analyze the worst Spidey stories known to the fandom!), but despite feeling invigorated at the start, my energy and interest flagged considerably shortly into each new project. At some point, while reflecting upon these defeats, I realized that I was hemming myself in, tying myself to ideas that may have sounded interesting on paper, but when executed, forced me into a corner I felt unable or unwilling to break free from. I had ended up hampering my own creativity.

After giving it further thought, I’ve decided to go with something that offers both structure and freedom: the chronological approach. Back in January, I began sorting out my comics, both digital and physical copies, by their publication date. At first, I wanted to start with the epic-sized crossover/misfire/general fan headache from the 90s known as “The Clone Saga,” but again, additional reflection made me realize I didn’t want to cut out many of the stories I’d collected that were published before the “Saga” began. Following much deliberation and much time spent sorting out pretty much every physical Spider-Man or Spidey-related comic I own (plus a decent chunk of the digital ones), I’ve decided to start at a point years before the “Saga” started, in the early 80s, and work my way from there. My physical collection really starts with some stories in 1982 and moves on piecemeal from there through the next decade or so. Once I hit the aforementioned epic-sized crossover/misfire/general fan headache from the 90s known as “The Clone Saga,” I hope that stories will flow chronologically, forming a longer, more consistent narrative to follow.

As I’ve processed this project, I’ve decided there are several good reasons why I want to take this approach with my Spider-Man collection. 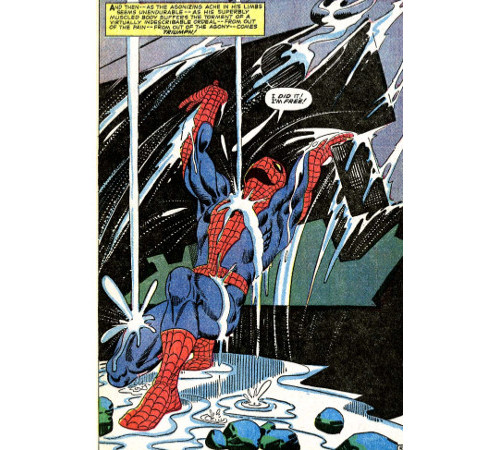 The idea is to craft an integrated sense of Spidey’s wider catalogue of adventures as a whole, and as much fun as it will be to see how these 616 Universe stories juxtapose and play with each other, I’m almost more interested in seeing how events in these alternate universes align with events in the 616 Universe, time-wise. What’s happening in the Ultimate Universe when Civil War is going on in Earth-616? What’s Bendis’ version of Spidey doing while J. Michael Straczynski has the reins over in Amazing, or while Paul Jenkins is detailing our hero’s adventures in the pages of Spectacular? In my experience, stories taking place in alternate timelines are often read in a bubble, out of step with the broader Spidey continuity. I want to see how entertaining it will be to compare what’s going on in these other times and places while Spidey’s adventures in the main continuity grow. 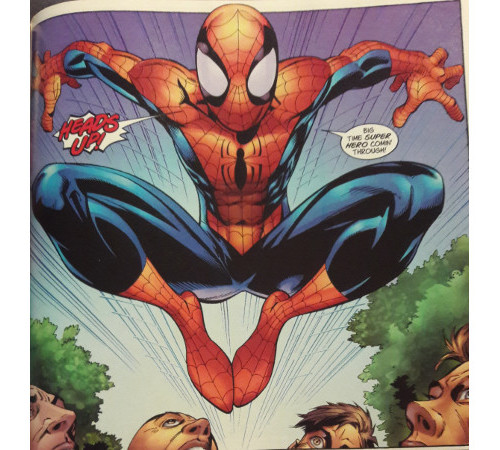 As I was planning out this concept, and even as I’ve started the initial stages of reading and writing, one question kept on wriggling its way through my brain: what about series based on characters who originally debuted in Spidey comics but have since gone on and become stars or gained titles in their own right? I’m thinking folks like Cloak and Dagger, Venom, Carnage, the Green Goblin, etc. All these characters have appeared, or continue to appear, in their own series and one-shots while also interacting with and impacting Spidey’s world. For a while, I discarded the idea, primarily thinking that several of these stories, most of which I’d read recently, were pretty poor. I actually reviewed some of Venom’s limited series from the 90s but eventually gave up and removed those posts, since I wasn’t really enjoying the readings and therefore found it difficult to write anything decent about them.

Yet, the more I thought about it, the more captivated by the idea I became. Even though these series don’t necessarily have Spidey front-and-center all the time, there are multiple instances where he either appears or where events or characters from these series either impact his world or draw inspiration from his little corner of the Marvel Universe. For example, both the Venom limited series Venom: Sinner Takes All and the Carnage limited series Axis: Carnage use the Sin-Eater character, a villain who originally debuted in Spectacular Spider-Man, in some fashion. Little touches like these—a supporting character tossed in here, a reference a Spidey event or story thrown in there—all add to the experience of watching this universe unfold. Sure, a series like Tom DeFalco’s Green Goblin kinda sucks, meaning I'll probably have little in the way of anything good or kind or write about it when I reach that review, but it’s still a part of the universe. That, for me, was argument enough for why I should reconsider adding these pieces in. 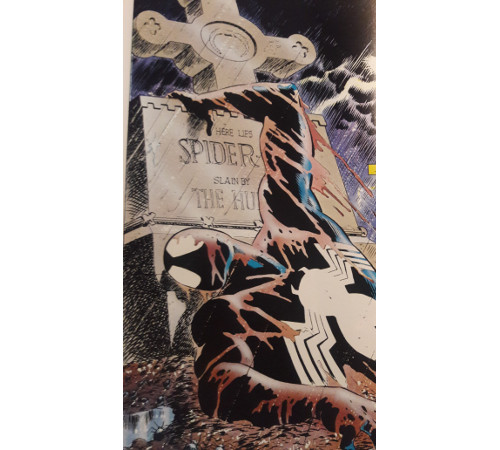 Likewise, I struggled with similar considerations when it came to stories “outside” of Spidey’s titles that he still partakes in. What about crossovers like Infinity Gauntlet, Civil War, House of M, or Secret War (the 2004-2005 limited series by Brian Michael Bendis, not the original Beyonder-focused tale)? These, too, I eventually decided to add in, at least the stories I own, since like the above examples, they still contribute to Spidey’s world, even if his involvement is minor compared to his star power in his own storylines. I’m even adding in a handful of non-crossover tales such as Paul Jenkins’ Sentry miniseries, Kurt Busiek and Alex Ross’ Marvels limited series, Jim Starlin’s “The Death of Captain Marvel,” and Kevin Smith’s “Guardian Devil” story during his Daredevil run, since Spidey plays a role in these tales as well and because I enjoy them or because the Marvel fandom at large appreciates them.

I am heading into this understanding that one problem could partially overshadow this project: the sheer amount of Spidey published between the 90s (primarily) and now. Along the way, as I attempt to collect what I can, I will almost certainly miss some limited series or one-shots I was unaware or unable to get my hands on. A couple series in particular--the “first volumes” of both Spectacular Spider-Man, published from 1976 to 1995, and Web of Spider-Man, from 1985 to 1995--would be mightily difficult and expensive to collect in full, as unlike Amazing Spider-Man, most issues in these series have not been released in paperback or hardback format (I yearn for the day when Marvel begins releasing Epic Collections of SSM). I’ve gathered what storylines I can get my hands on, and several issues from both series will play into larger arcs such as “Maximum Carnage” and “The Clone Saga,” but until Marvel combines these issues into physical collections, I will just be forgoing several stories of SSM and WSM for now. I understand I could shop around for the issues themselves, but as I previously mentioned, that would be rough on my wallet, and I much prefer the “graphic novel” format to both single issues and digital comics. It’s just the nature of the beast, and I’ve recognized it as an acceptable conundrum to encounter.

Another potential problem I wish to avoid is including what I’ll refer to as “background” information, or facts about how creators and editors went about constructing these tales. I have read posts on several sites that deliver beautifully crafted exposition on the ins-and-outs of writing Spider-Man comics. For instance, “The Life of Reilly” on Blogspot is a wonderfully written examination of both “The Clone Saga” stories as well as the behind-the-scenes efforts by writers, artists, and editors trying to maintain such a convoluted saga. While these details are important to certain stories’ structures and payoffs, I mainly wish to focus on the narratives themselves. The background information is great if you're interested in the history of a character or story, but I’d rather not be held back by the way things should or could have been when examining the way things are. 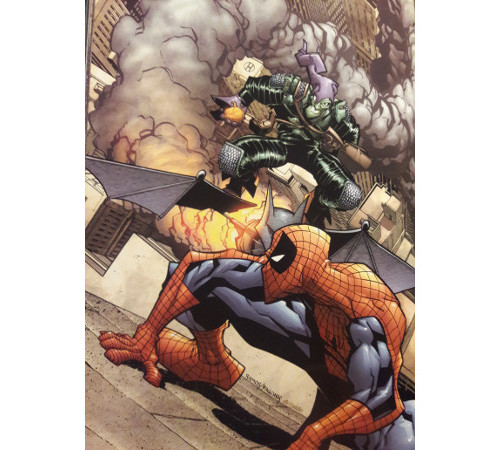 One final topic I’ve been toying with mentally that I wish to address: my audience. Almost subconsciously, I began writing reviews with a distinct voice, one that believes most people reading these posts will be fellow comic fans and geeks like myself, with a certain level of knowledge about characters, stories, and creators, or at least an understanding of who these characters and creators are and what stories they partake in. I still intend on keeping this tone, as the majority of comic book websites, reviews, and blogs I've read carry this same mindset--they're comic book geeks writing for comic book geeks. I will, however, appreciate the patronage of any willing reader, be they a fan of the medium or not, and I hope I will provide enough background information to bring non-fans up to speed on the circumstances of these stories.

This is, I hope, a project where I will not falter easily. I’ve gotten bored writing stuff like this in the past, but I’m really hoping I’m able to stick it out and overcome any boredom, writer’s block, or various other adversaries that plague me. While Spidey does battle with the Green Goblin, Doc Ock, and Venom, I shall be squaring off against a rogues gallery of my own: foes like Mr. Free Time, the Sinister Scheduler, and Lazy Lad shall be battering me from all sides, I assure you. Like the famed Webbed-One, I wish to prevail against these enemies and be diligent in my pursuits (and, with luck, avoid any bridge-related fatalities). Unlike Spidey, my enemies are largely internal and thus only require that I face myself and my emotions in order to defeat them, restore order, bring about justice, etc. etc. As of this writing, I’ve already written rough drafts for 50 or so posts as I’ve worked to turn this writing into a habit and give myself a solid foundation of material to work with, so that’s a huge plus in my (comic) book.

I cannot say the odds are stacked against me—it’s not like I’m saving the world here—but I can say there will be challenges. I’m excited to fight them and beat them back, best I can, and make this project something special and important, something that will keep me writing for a long time.

For anyone who joins the journey with me, I hope you enjoy.