Wisdom From the Mountains: Breakaway 2016 - Part 2

A house is a system made up of interconnected parts. So is your life.

We worked at a couple of different sites over the week—three specifically—and one of these sites was the house where a man named Bill and his wife lived. We did a lot of different jobs around their house in order to make it more livable—painting siding, ripping up tile, installing a front porch, moving dirt and rocks—and we did a lot of those jobs under the careful and loving instruction of a grandfatherly man named Larry. He was our Gandalf who helped us face the Balrogs of daunting responsibilities, a selfless leader who didn’t just dole out tasks but worked with us side-by-side. And, somehow, he always managed to thread a life lesson into what we were doing in the most proverbial ways possible. We quickly grew fond of him and his considerate personality, to the point where we freaked out in excitement as he pulled his truck into Bill's driveway on a day we thought he wasn't going to be there. 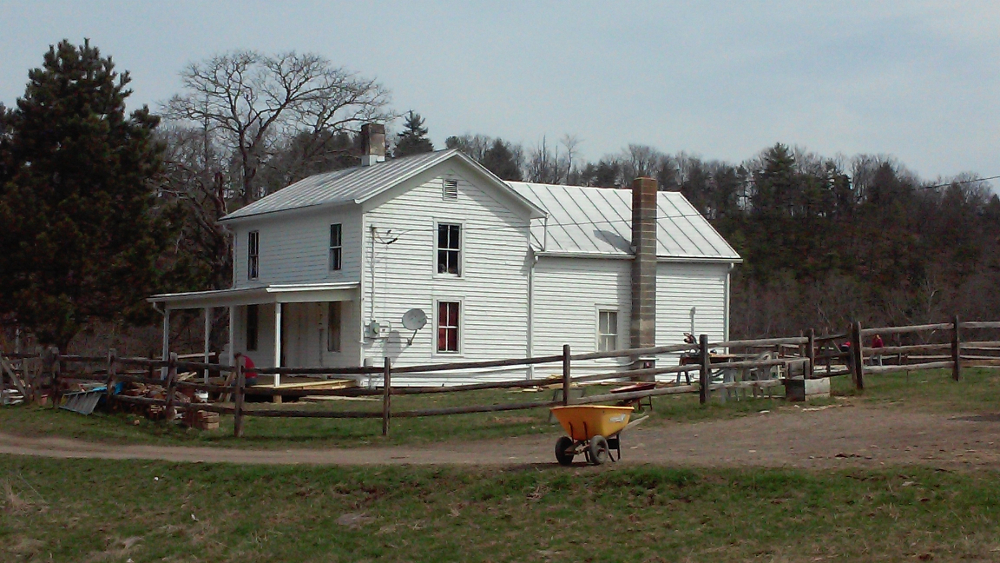 Eating lunch with some of us on that same day, Wednesday, he started a conversation by explaining the type of roofing Bill had and how it helped out other areas of the house. His point was that you couldn’t just view a house as a singular unit; you needed to see it as a system (this principle is very much modeled by his own house, which he graciously invited us to, a home he built himself and has incorporated elements that will allow him and his wife to live there for several years and not just accommodate them for the moment). Similarly, Larry added, our lives needed to be seen in the same light. Just like a house, our lives are not defined by one element, one characteristic, one event. There’s a lot that goes into the shaping of who we are as individuals, as people, and as Christians. We are systems in and of ourselves. I’m not sure if anyone since Jesus has woven such interesting parables that are so relatable. Once someone pointed out how frequent Larry’s wisdom was doled out, I couldn’t help but constantly overhear tidbits of knowledge.

Your hands are your primary tools.

This is a paraphrase of a quote I heard from one of the students, and it pretty much defines what we did during the week. We accomplished a ton with our hands. At Bill’s house, we stacked wood, moved dirt, tore up tile, and made a front porch, complete with steps and railings. At a community center, we replaced ceilings, scrubbed floors, battled glue, washed cabinets, and constructed a couple walls. At the house of another man named Denver, we repainted walls, installed shelves, placed carpeting, and fixed a bathroom. And a lot more that I'm probably forgetting or haven't mentioned. When we weren’t working, our hands pulled our bodies up the side of a mountain, felt the cool touch of cavern water, rubbed rocks, prepared food, batted balls, and slapped down cards in heated and tense games. We used them to shake hands, hi-five, slap backs, hug. 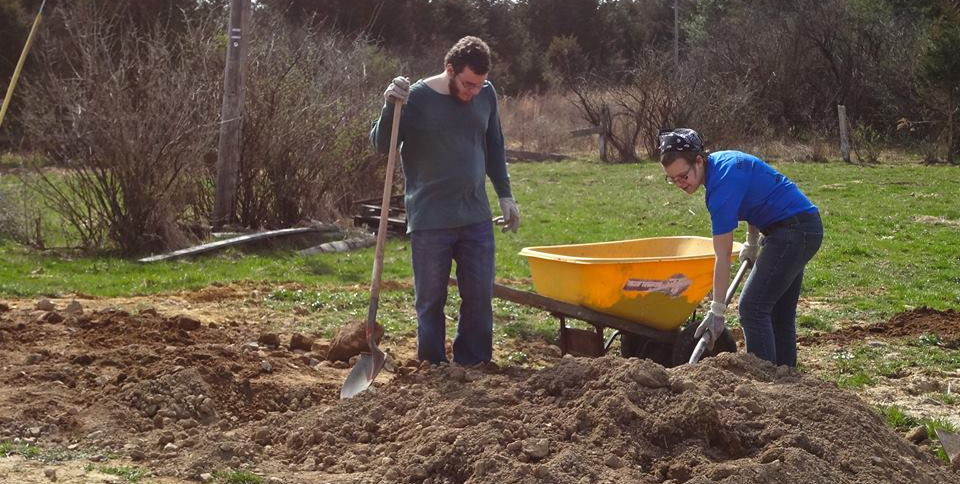 Until I heard that line, I hadn’t really thought about how much my hands had done. I hadn’t seen them as tools, and I hadn’t considered all that we had been able to accomplish with only ten pairs of hands. We had other tools with us—hammers, drills, saws, paint brushes, brooms—but all of those required the use of the first tool God created. Now, having been stretched beyond the limits I thought I possessed, I personally know I can do so much more with my hands than I had ever allowed myself to do in the past.

“We are friends, we are family.”

This is a quote taken from a Facebook post I wrote in regards to the trip. This isn’t me tooting my own horn or anything by quoting myself, but I wrote this to hit the nail on the head that this group is a family. My absolute favorite part of high school was my friends. I love them to death, and college had yet to provide me with another close-knit group of incredible people until this trip. Most of us started out as total strangers, but we're all friends now. We spent hours driving in a big red van, asking questions, playing games, napping when we needed to. We chowed down on restaurant food, snacks, and food we prepared together and later cleaned up. We shared jokes and solved riddles. We took pictures as groups, as pairs, as individuals. We climbed a mountain, we explored the depths of a cave, we stunned each other with powers of wit and observation, we took in breathtaking views. We played fierce card games (seriously, these guys are crazy competitive), we smacked balls, we ran bases. We accidentally threw water at each other and purposefully dumped water on each other. And this is all without mentioning the hours of work we accomplished together. 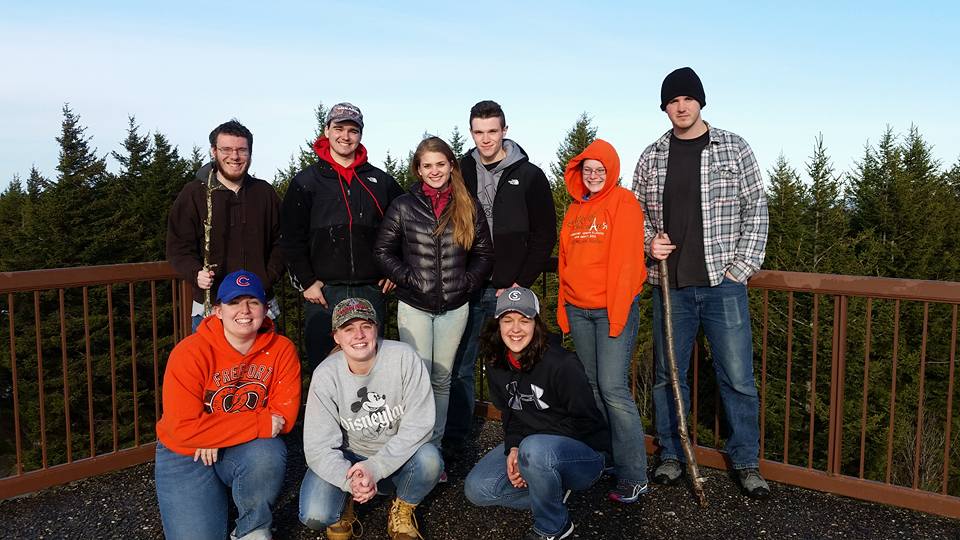 The gang after the drive up Spruce Knob. Photo by Karli Saner.

Most importantly, we were there for one another. We stayed by each other when we weren’t feeling well, we endured dark roads, we checked on each other. We offered comfort and closure. We caught a darn mouse that had been terrorizing our room for a few days and gave it a name before letting it go. We listened. We cried. We sometimes just talked. We were open with each other, human with each other. Tender and loving and kind. That’s what friends are for, what families are for, and what these people were able to be to me during the week. We’re not perfect, we have differences, we probably teased too much or said wrong things at the wrong times. But friendship goes past that, and I think we were able to represent that kind of friendship pretty well.

"You always see the best in me"

One of my favorite songs ever is a soft rock ballad called “Best In Me” by Christian hard rock band Sent by Ravens (seriously, check it out when you're done reading). I was jamming to it all week long during the trip, over and over, and I’m actually listening to it as I write this. It’s a beautiful song. Fantastic vocals, amazing instrumentals, and incredible lyrics. My favorite lines come from the second half of the chorus and go “I’m not that strong/Honestly, I’m not/But You always see/The best in me.” To me, the song is about being human with God specifically and other people as well, forgetting to be perfect because we can’t be. Not that we’re allowed to purposefully act like jerks or simply accept wrong things about ourselves and other people (“Well, I’m imperfect, so I better not try to be better”), but that we know we will fail and will be loved anyway. That is what Christianity is about, and this whole group showed that kind of love over Spring Break. Despite our flaws, despite our mistakes, despite our weaknesses, we showed love. We made each other stronger.

Honestly, there was absolutely no better way for me to spend my Spring Break or prepare for Easter. Like I said, I doubted. I wasn’t sure. I was afraid. But all those doubts were wiped away by the people I was with, the people we served, the service we did, and the God who sent me on this trip. Thanks to all who went, all who prepared, all who led, and all who made the week in West Virginia so special to me. It was a ton of fun, an awesome time, and I feel blessed to have been a part of it. Another line in "Best In Me" asks God "Am I something You can be proud of?" We know He is. With us, our work, our fun. That makes the toil, labor, and small amount of pain completely worth it.