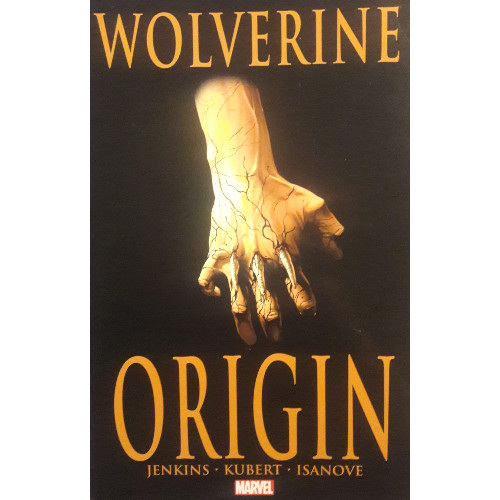 For decades, an enigmatic figure stalked the pages of Marvel Comics. Logan, the Wolverine, had come a long way since his debut, where he battled the Jade Giant and Wendigo in the Canadian north. During my readings of Chris Claremont’s run on Uncanny X-Men, I’ve watched Wolverine transform from a bestial loner into an empathetic protector. He’s a hero, a teammate, a human, at the core of his very being. But, even in the early 1980s, he’s very much a mystery.

Barry Windsor-Smith would shed some much-needed light on an “origin” of sorts in his Weapon X story arc, examining Logan’s transition from a special ops fighter to the adamantium-boned berserker he’s known as today. That was in 1992. Nine years later, shortly after the first X-Men film was released to grand acclaim, Marvel decided to dig even deeper into Logan’s mysterious past. Marvel released the Paul Jenkins-penned series with trepidation--Wolverine was, certainly one of their most popular characters of all time and part of his appeal was the “past shrouded in mystery” aspect. Needless to say, Origin was a hit, shaping the character’s history and forming part of the much-maligned X-Men Origins: Wolverine film.

Join me as we plunge into this six-part series and examine the deepest parts of Wolverine’s “untold” history. 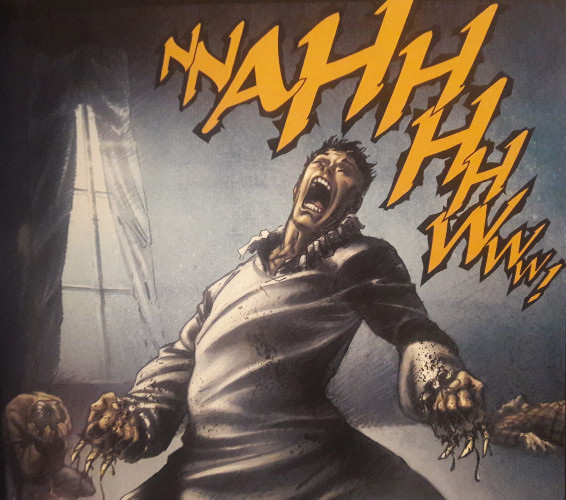 The trouble with uncovering a past like Wolverine’s is, when the series was first published, so much about him was unknown, and therefore, one could explore his enigmatic origins with several different ideas. Take a look at Disney’s recent Solo movie for a different example. In the original films, Han Solo appeals as a character partially because he appears in A New Hope fully-formed. No unnecessary background, nothing beyond an introduction to this rugged ruffian. A few blaster shots and some fancy flying later, and Harrison Ford’s smuggling alter ego has already worked his way into the hearts of audience members. Not because of who he was but because of who he is. The mystery, for several years, allowed fans to either form “head-cannon” pasts for the character or realize that they didn’t need to know about Han’s early years to love him in the original films. When the Solo movie came along, the tepid response perhaps showed fans weren’t as interested in learning about Han’s roots as Disney hoped.

The same problem existed for Wolverine: determining whether or not such a deep-dive into his past was necessary to who the character is today. Jenkins and Kubert succeed in that respect, creating a genuinely engaging story focusing on Logan’s formative years. Jenkins works in some wonderful narrative sleight of hand early on in the story. Setting his series in late-19th century Canada, Jenkins is already playing with your perception of the character--wait, Wolverine is that old? you wonder. Interestingly, Jenkins stays within a relative short period of perhaps a few years, never bringing Logan into the modern world. While the Origins movie showcased Wolverine progressing through decades of wars, Jenkins chooses to remain in a fixed set of time. It’s a wise choice, more or less. The problem with the Origins film is that its temporal progression is limited to a montage, a sequence of images hiding potentially engaging stories and thus promising more action and narrative than it offers. By limiting his timeframe, Jenkins allows himself the opportunity to only maneuver where he wants to. It’s a smart decision.

Jenkins’ trickery extends to his plot as he weaves a tale of deception. His first three issues are absolutely fantastic, toying with the reader by upending expectations. When readers start off thinking that Logan may be the young boy “Dog,” a rough-and-tumble brute of a child whose father bears a strong resemblance to modern-day Wolverine, they’re soon surprised to discover this is not the case. As the story unfolds, Jenkins reveals that the claws in fact belong to young James Howlett, a weak, sickly child who can’t even swim...and who is actually Dog’s illegitimate half-brother. This upends the character in a surprising way--it shows the reader Wolverine hasn’t always been a scrappy warrior, that those traits were developed over time. Jenkins provides a beautiful contrast by depicting young James as timid and unhealthy, a unique concept for a character so often remembered for his tireless healing factor, which may also explain his prolonged lifespan.

The “healing factor” idea also takes a decisive turn later on as at least one character notes that, even as a young man, Logan’s memory is beginning to develop holes. Jenkins hypothesizes that Wolverine’s memory lapse is due to his mind being “healed,” forcing out the bitter memories of youth and creating a blank patch where all the circumstances that harmed him at a young age can no longer impact who he is. Yet, as Jenkins showcases, this forgetfulness is bittersweet: though Logan’s pockmarked mind removes the sorrowful, it also discards the good. Friends he makes, relationships he forms, moments he’d want to cherish...those are promised to fade over time as well.

This revelation gives Jenkins’ series an even more empathetic push. If you’re weren’t already rooting for young James Howlett, who must deal with his ruptured parentage and the bone knives protruding from the backs of his hands, you certainly sympathize with his additional troubles. Jenkins’ story, though certainly not a happy one, is remarkably engaging in the way it handles tragedy. The story isn’t overtly bleak and never leaves you with a bitter taste of disappointment or sadness. Jenkins doesn’t beat readers over the head with one foul circumstance after another, deciding to balance out the darker moments of death and discord with moments of bonding and friendship. Yet that all-pervading sense of loss, whether immediate or eventual, carries the series all the way to the end; it’s a tension only compounded when you recall Logan won’t remember basically any of it.

Even if the tale’s contents are eventually lost to our protagonist, that doesn't make the story hollow for the reader. You’re still open to moving on, to embracing and exploring Logan’s past. You watch with keen interest as he begins developing his more primal instincts alongside a pack of wolves; go “Aha!” when he falls for a young woman with stark red hair, a clever detail that draws comparisons between the girl and Wolverine’s future love interest Jean Grey (long story, that); thrill as the hypochondriac-esque James grows, becomes physically stronger and more resolute in his personal convictions. 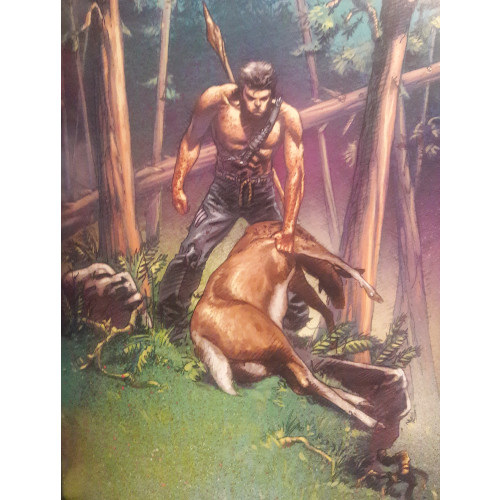 As well as Jenkins balances darkness with James’ growth, he stumbles when it comes to a supposedly impactful scene near the series’ end. A climactic showdown between Wolverine and an enemy leads to the death of an innocent character, the loss causing James to spiral and become a loner. It’s another tally on a long list of kills, and as tragic as it should be, Jenkins cannot escape the “coincidence trap,” as I’ll call it. There’s not much build up to the moment, not much foreshadowing other than the fact that, y’know, modern day Wolverine can’t really interact with people from the 19th century anymore. If Jenkins had woven in a “doomed to die” subplot or at least teased the possibility of such an event, I may have appreciated this character’s demise more. As Jenkins leaves it, the moment feels forced, coincidental, intentionally accidental...and by that, I mean Jenkins purposefully shapes the scene like an accident, as if narratively, the character was not supposed to die when that was actually his plan all along. And I assume it was. But the scene feels coincidental, disconnected from what has gone on before. Not that writers aren’t incapable of springing sudden tragedies on readers...but Jenkins shapes it as something that should have absolutely been preventable but wasn’t to fit the story’s needs. And that saps some of the strength from what should be a powerful moment. 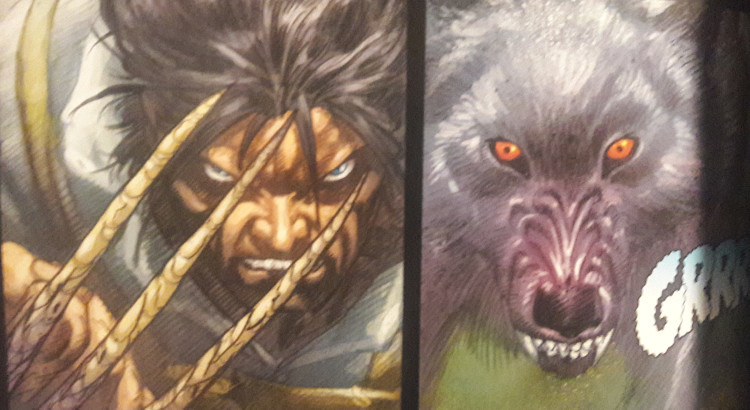 At first glance, you’d wonder if this series wouldn't work--casting Wolverine’s origins all the way back to 19th century Canada, removing him fully from the present world and characters he regularly interacts with. Yet, by performing this temporal trick, Jenkins weaves this coming-of-age story of loss and learning in a unique way. One could argue that Jenkins opens the floodgates for a century-and-half’s worth of stories for other creators to tackle, perhaps extending Logan’s influence and history beyond the bounds of credibility or logic. Regardless, such a comment does little to hamper Jenkins’ series, an innovative look at one of Marvel’s biggest “blind spots” in history, giving a proper origin to Wolverine and creating a character worthy of empathy just as nicely as Barry Windsor-Smith does in Weapon X.