This neat two-parter starts off a little ho-hum, but the second half ratchets up the action with clever combat between two arch-enemies 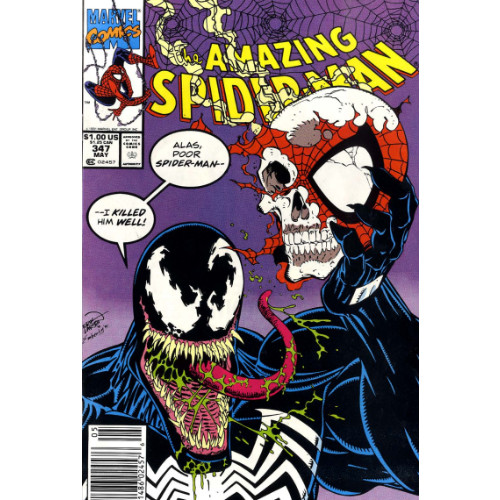 I regret not having posted any “Spider-view” reviews for the last two months. I was making pretty doggone good progress for a while, but I’ve allowed decent chunks of time in 2022 slip away from me. Other priorities, other writing projects, pure laziness…reasons, some decent, others contrived, have kept me (or I have allowed them to keep me) from posting here nearly as often as I like. Hence the two month silent period, which feels like a waste.

In late April, we came home from a family vacation, and I, wrapped up in a myriad of emotions involving a different project I was frustrated with, punched my laptop in a moment of senseless anger. It was a poor release–the pillows would have, admittedly, better served as my one-sided sparring partners–and cost me a pretty penny to replace the subsequent cracked screen. That took a bit of time to repair, but the weeks after? I have no excuse. Perhaps a lack of interest, more than anything else.

But I plan on diving back in, starting with this post. Perhaps appropriately enough, today’s tale is a revenge story, as a certain symbiotic supervillain seeks to vent his rage against our illustrious Web-Head. 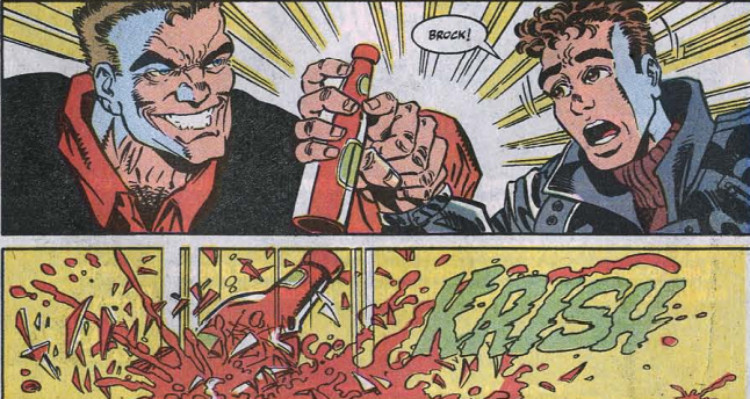 As noted in my recent Thor: Ragnaroks review (my true first post since my self-imposed “sabbatical”), I am attempting to widen my crediting, including inkers, colorists, and letterers among the creators of the stories I review. I am hoping to give a fuller, well-rounded glimpse at all the individuals who create a comic, not just list the names we would typically associate (like the writer and penciler) with putting effort into crafting these stories.

Someone oughta tell Venom the same thing–spread the love, widen your gaze. His view is so narrow, he’s tacked a single-minded vendetta onto our Web-Spinner’s back like a proverbial “Kick Me” sign, though I suppose a “Kill Me” sign would be more appropriate. Our entwined adversary has tried murdering our good friend on at least three separate occasions, two of which I’ve reviewed, including Venom's first appearance. His third attempt to remove Spidey’s head ended with the villain seemingly destroyed, after the withering Styx cursed the symbiote with his decaying touch.

But you can’t keep an evil extraterrestrial parasite down, as the saying goes (or something like that), so are we really surprised that the grudge-bearing goo survived its encounter with Styx, licked its wounds, and reattached itself to vengeful former reporter Edward “Eddie” Brock? As we saw in my examination of the arc where Michelinie introduced Cardiac, the symbiote returned to Eddie and busted him outta prison, freeing Eddie’s cellmate Cletus Kasady in the process. 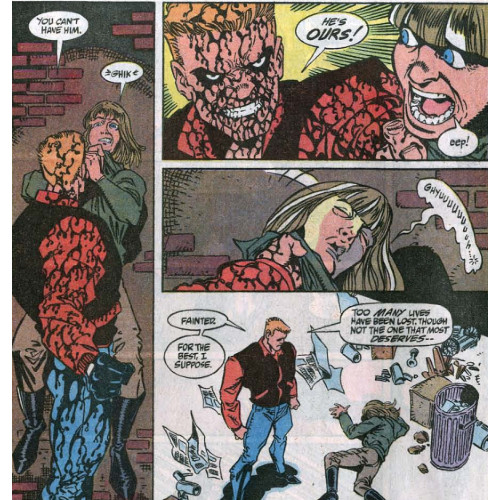 Michelinie seems actively aware of his character’s limitations in this narrative. Not that Venom isn’t interesting: Amazing Spider-Man #300 established decent character motivations for both halves of Venom–the symbiote’s burning rage towards Spidey after the hero spurned him at the conclusion of the “Alien Costume Saga,” and Eddie’s desire for revenge, blaming Spidey for upending his career for circumstances taking place during “The Death of Jean DeWolff.” Venom’s only crossed swords with Spidey three times before, so it doesn’t seem fair to say I’ve lost a little interest in the character in a genre where Spidey’s battled the Rhino three million times. The Rhino, however, though a classic foe, doesn’t really embrace deeper motivations, similar to recurring villains like Electro, Shocker, the Beetle, and several other of Spidey’s classic rogues. They’re not intended, at least at the time these issues were written, to carry philosophical weight.

Venom feels, intentionally, like a darker side of Peter Parker; Eddie is, definitely, a counterpoint to Peter, a member of the fourth estate whose life was (supposedly) upended rather than benefited by Spidey; the symbiote, too, is only as emotionally tumultuous as it is because it impressed upon Peter and gained a level of emotion from trying to bond with him. There was thought put into this dichotomous devil, effort made in establishing a deeper backstory. Keeping that in mind, I feel as if stories starring Venom were meant to be more tense than whenever the Rhino or Electro popped up. In a time where the Green Goblin was dead, Venom sorta became Spidey’s arch-enemy. I mean, when Peter learns of Venom’s escape, he puts MJ into a taxi and ships her off to her family. He didn’t even do that when the Sinister Six recently regathered. Venom knows Pete’s identity, knows his family…he’s dangerous with a capital “V.” 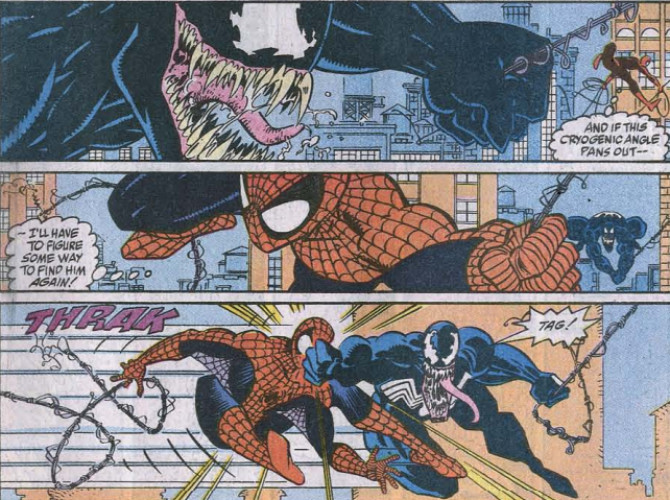 The first issue certainly feels more mediocre, with Eddie Brock stalking Peter as he has previously and attacking as Venom when he chooses to. Peter is obviously, characteristically frantic, doing his best to dodge his nemesis as he tries putting together a solution. A lengthy chase across New York allows Erik Larsen ample time to craft diverse backgrounds and engaging fight scenes–for the most part, it feels as if Michelinie and Larsen try to keep the pace frenetic, not letting it sink in with the reader that they’ve seen all this before. In this way, the first issue is little different than other Venom stories we’ve had so far, which is a tad disappointing when you realize this is only the villain’s fourth appearance, insofar as the story primarily pertains to him. 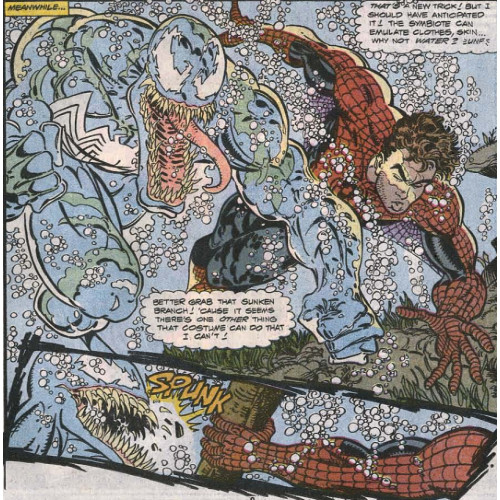 Fortunately, Michelinie spices the script up a little bit in the second half. Venom whisks Spidey away to a deserted island for his own twisted take on Survivor. Here, Michelinie is able to tap into an imaginative source of conflict between the two, and Larsen can craft sandy beaches, palm trees, and a run-down village instead of your run-of-the-mill skyscrapers and skylines. The island issue introduces much-needed creativity into the mag, separating it nicely from the preceding issue. The whole fight feels much more natural than the New York romp, allowing Michelinie and Larsen both the opportunity to toy with Venom–here, he camouflages himself in water and against stone and sends tendrils under the sand to ensnare Spidey late in the issue. Away from New York, how is Spidey supposed to escape the madman? And if he can’t escape–because, let’s face it, there’s not many places you can hide on a deserted island–how does he survive his latest altercation with Venom?

This issue, I would argue, more than makes up for the lackluster issue before it. You get some logical jumps leading up to the island sequence, but once Spidey wakes up on the sandy shores, it’s full-on frantic action between our two enemies. The issue’s cover–Venom grasping Spidey’s “skull” and “mourning” his “death” a la Hamlet in the eponymous Shakespeare play–has become an infamous image, replicated for at least two Venom trade paperbacks. The issue definitely stands out, not only by pitting our two enemies in an environment far different than what is standard, but by giving their conflict a then-definitive resolution. The conclusion would be temporary, naturally, and not the only time these two foes would call a ceasefire to their struggle. Without spoiling the ending, I’ll comment that Spidey cleverly escapes his predicament in a way beneficial to him and surprisingly beneficial to his symbiote-suited sworn enemy. 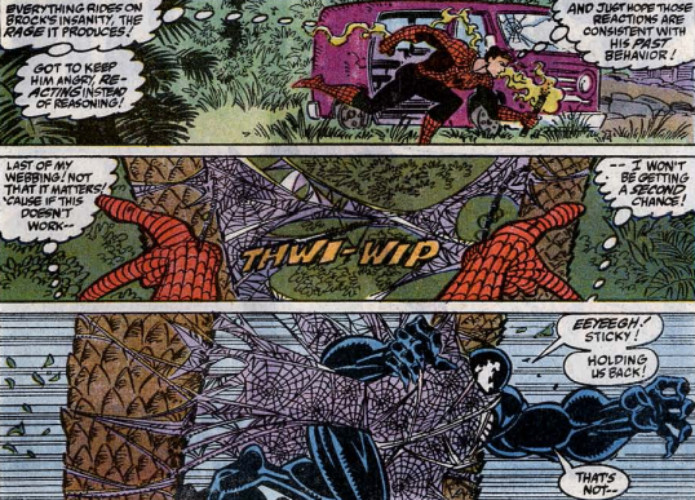 This solution–again, barring spoilers–is a really nice effort by Michelinie to have Peter use his brain to determine a resolution other than trading punches. Knowing how easily Venom can find him, how the villain evades his spider-sense, and how he can camouflage himself (a tactic revealed in these issues), Peter is forced to think outside the box. Michelinie has tried crafting clever stories and playing with different aspects of Peter’s personality over the last several arcs–seeing how Peter handled losing his powers in the aptly-named “Powerless” arc, or how he handled the inverse in the ASM “Cosmic Spider-Man” issues. Michelinie’s thrown our hero headlong into desperate situations, like bringing back the Sinister Six after a 26-year hiatus, and is trying to eek more out of his issues than standard superhero fare. Perhaps he only successfully does this for half the present story, but Michelinie nevertheless creates an engaging scenario where our science-minded superhero has to think his way out of a dark spot.

So focused is Michelinie on the struggle between Spidey and Venom, he relegates his supporting cast to only a handful of panels. A few scenes pop up–focusing on MJ, Felicia Hardy, and Aunt May–all of whom stew in worry over Peter. MJ and Felicia’s concern feels the most appropriate: MJ’s Peter’s wife, spending her small chunk of time fearing for Peter’s life at her sister’s place; Felicia, perhaps still a bit smitten with Peter years after their disastrous break-up, knows firsthand how deadly Venom is an enemy, brutally attacked by the monster in an earlier appearance. MJ’s worrying feels standard, nothing too different from similar scenes, and thus comes across as underused, akin to Todd McFarlane’s use of her in his Spider-Man arc “Torment.” 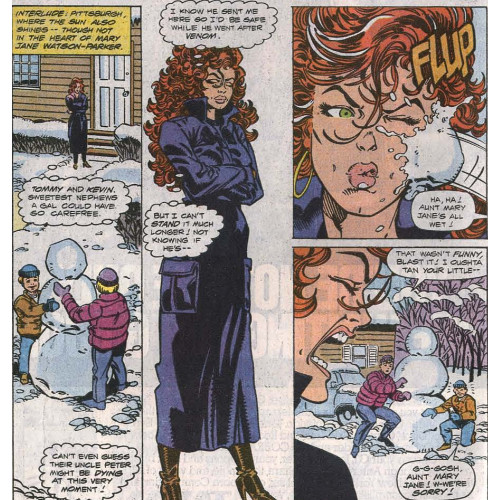 Felicia’s worrying is paralleled with her burgeoning feelings for Flash–a romance which began as a revenge ploy against Peter but has become more legitimate–and this second issue marks an intriguing moment where she abandons her concern and follows her new boyfriend more wholeheartedly. It’s a neat little moment for the Black Cat, as she leans into something more real. Her revenge tactics have felt a bit forced, so allowing her character some genuine growth beyond “Hurt Peter for that time he broke up with me” is a nice touch. One could argue this happens because she lost her powers during “Powerless,” and that may be a valid argument (why try to break Spidey’s heart if she’s no longer the Black Cat?), but I think a little character development is due the former thief.

And then there’s Aunt May. I’m kinda just gonna shrug my shoulders on this one and move on. She seems included merely because Michelinie needed to touch on the entire supporting cast and their musings–if anything, the scene marks her own growing relationship with latest beau, Fantastic Four postman Willie Lumpkin, who she's dating in the wake of fiance Nathan Lubensky’s death. Don’t worry, friends: despite May’s uncanny lack of luck in the relationship department (remember Uncle Ben?), Willie isn’t violently killed off while they date.

We get a fairly standard first issue this time around, along with a second half that tries hard–and often succeeds–at shaking up the typical Spidey formula. The island battle is a standout slugfest between our two adversaries, far more engaging and creative than the first issue’s romp around New York. Michelinie’s playing with some stuff here, which I am all for. Yes, his supporting cast gets a little sidelined in favor of the action, but despite the ham-fisted efforts at dealing with side characters, Michelinie at least devotes enough time to his core story beat: a vicious battle between Spider-Man and Venom which, for the moment, breaks the enduring cycle of “Venom sneaks up on Spidey and makes his life miserable until Spidey grabs a sonic cannon.”