Spider-view: “The Secrets of Spider-Man” 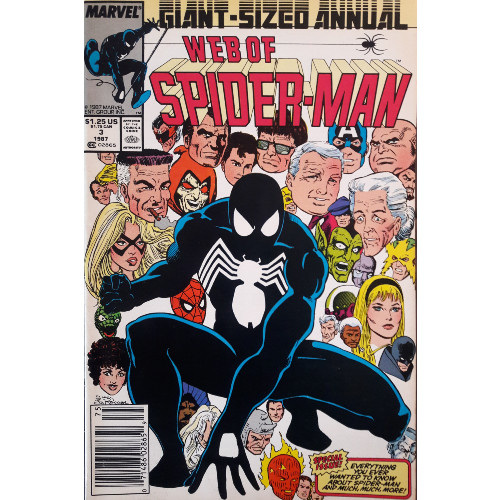 Our good friend Peter Parker has been through a lot over the past few issues we’ve examined. On the plus side, he finally married his longtime friend and fiance, Mary Jane Watson in a celebratory annual by David Michelinie. On the more negative end of things, shortly after the wedding, Peter was unceremoniously shot and buried by longtime enemy (and not fiance) Kraven the Hunter, courtesy of a crossover arc from J.M. DeMatteis. Poor Petey’s been landed emotional blow after blow, for better or worse.

We could all use a little breather from the insanity, couldn’t we?

Enter this little palate-cleanser, the third Web of Spider-Man annual. When researching issues to write about, I recall being a little surprised to find a distinct lack of title for this issue. Databases proudly plastered titles for practically every issue or arc I examined...but this was an outlier. Upon examining the issue, I found out why: this WSM annual isn’t really a story. It’s more biographical in nature, a snapshot at who our friendly web-swinging wonder is and an examination of the world around him. It’s divided into segments, which is where I drew this post’s title from. “Spider-view: Web of Spider-Man Annual #3” just didn’t cut it for me.

While Petey takes a load off after his recent (mis)adventures, why don’t we settle back and see what this issue explores.

“The Secrets of Spider-Man” 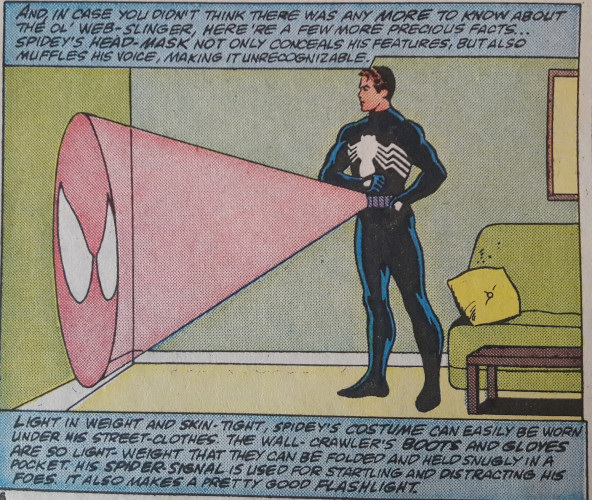 The cover to this one-shot makes a bold claim: “Everything you ever wanted to know about Spider-Man and much, much more!” To this annual’s credit, it attempts doing just that: bombarding the reader with oodles of information concerning our favorite web-head and the world he inhabits. I can see the appeal of such a tactic: in 1987, without internet, an annual like this may have been one of the best places for fans seeking general information about Spidey. And with pages focusing on his powers, friends, family members, enemies, and places of importance, WSM Annual #3 largely lives up to its premise. Mayhap it fails to include absolutely everything--a rather bold claim that would require significantly more page space to fulfill--but this annual is certainly packed.

Given the times in which I read this annual, however, its importance has certainly degraded. Much of what is found in this annual can be achieved via a quick Google search, leaving this issue woefully outdated. And as packed with information as it is, the annual sometimes feels redundant when compared to all the other issues of Spider-Man out there. If you pick up random issues, you’re bound to find someone who covers, glosses over, or even references some of the tidbits about Spidey’s history or abilities in this annual. Certainly, this is a “one-stop shop” for a decent glance at Spidey’s world for 1987, but for anyone else at any other time, you’ve got better ways to learn about our hero. You won't find many "secrets" either in this issue, as the one heading claims. You could, hypothetically, translate "secrets" as meaning information Peter's friends and family don't readily know about him. But I read "secrets" as meaning facts hidden from the average fan, and while the uninitiated may have found otherwise unknown tidbits in this issue, the claim is still misleading.

Disappointingly, the annual frequently presents its material in a somewhat cheap way: panels specifically depicting Spidey’s abilities and gadgetry often “steal” their basic images from a different source, Amazing Spider-Man Annual #1. Though the styles are different, artists here ape Steve Ditko’s positioning and layouts, the only difference being Spidey’s dark costume (not the symbiote, the one Felicia Hardy sewed him). I took a swift second glance when I noted the first panel that seemed copied and pulled up a digital version of ASMA #1 as reference, going through and “matching” similar panels together. There are several examples. One could argue the artists here are simply paying homage to Ditko, but without any text boxes referencing Ditko’s original work, the WSMA #3 panels feel more “swiped” than drawn out of honor. I wish the artists involved had either appropriately credited Ditko’s influence or illustrated original content. 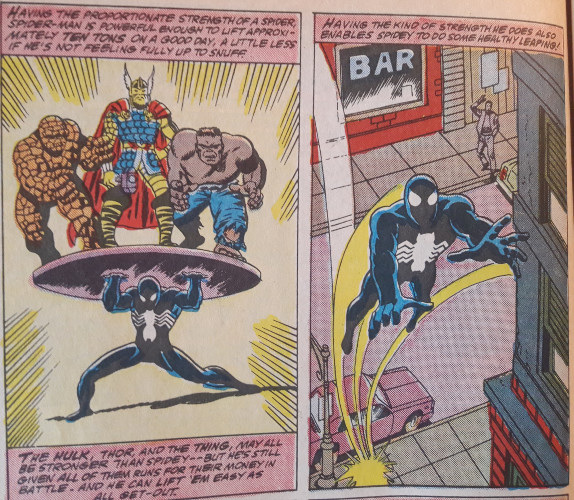 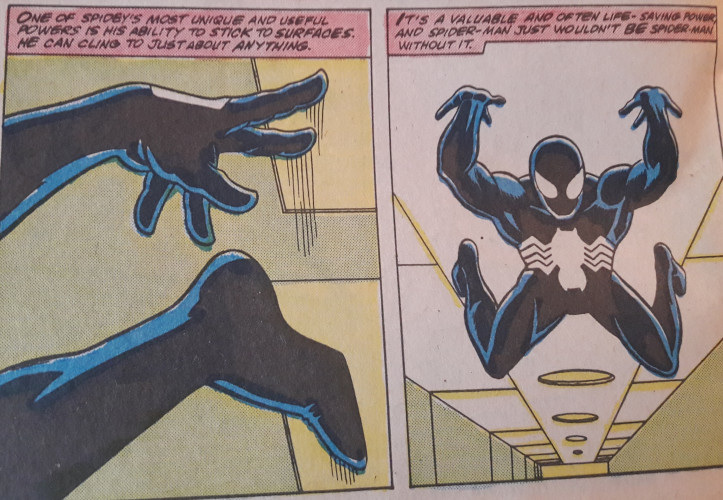 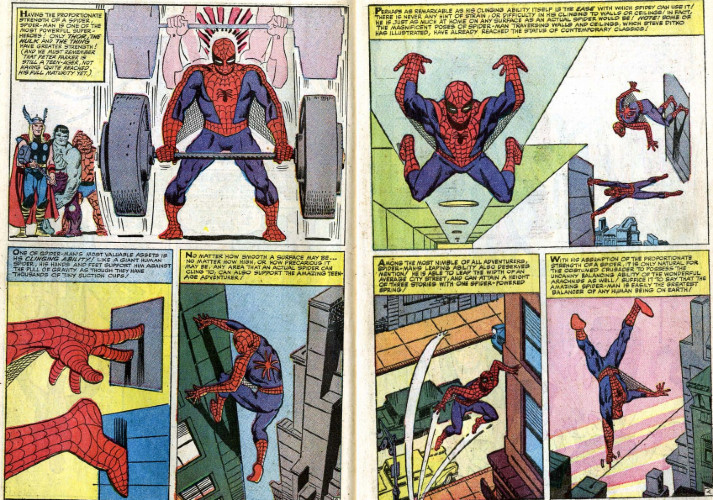 The two examples from WSMA #3 are juxtaposed against a series of panels Ditko illustrated depicting similar information in ASMA #1. Some differences exist, but the similarities between the two issues--particularly in showing how Spidey leaps, scales walls, and clings to walls--are too "samey" for WSMA #3 to feel unique. Props to the annual for showing Spidey hefting the Thing, Hulk, and Thor (using an era-appropriate costume for Thor) instead of just a dumbbell, but otherwise, the images are too similar.

The below images depict further repetition, particularly in the use of Spider-Man's equipment. These images try even less to be unique, merely repeating the original Ditko images bit for bit. These pictures just show a lack of imagination that went into this annual by repeating old facts and old images (and simply rearranging the identical images doesn't count as effort).

"Secrets of Spider-Man," my webbed foot.

Yet, even if the appeal of this annual is limited due to its lack of creativity, the time frame in which this issue was published does give it at least a bit of interest. Fingeroth and Stern do a decent job honing in on current Spidey history, making ample references to events such as Peter and MJ’s wedding, the "Alien Costume Saga", Spidey’s breakup with Black Cat, the death of Ned Leeds and the emotional toll it took on Betty, the birth of Normie Osborn, and the rise and fall of the Rose (Richard Fisk). Thirty-plus years of history have happened since this issue was published, but if you’re tackling issues in chronological fashion, like I’ve been doing, such a refresher is not a bad thing. As a boon to posterity, this issue is lacking, but as a “snapshot” of an earlier era, this annual does help keep a few things straight.

And that’s not to say its only benefit is to remind of the times. I learned a few pieces of lore about Spidey I hadn’t known before. I had no idea Randy Roberton, son of the then-Daily Bugle editor-in-chief Joe Robertson, was married at one point. I had never gotten a good look at Peter’s Chelsea apartment, the layout of which is delivered through a fun schematic. Likewise, the issue offers a brief glimpse at the fictional Empire State University, the college Peter attended before choosing to drop out. Tethered at it is to the times, this annual drops the occasional gold nugget for anyone venturing in. 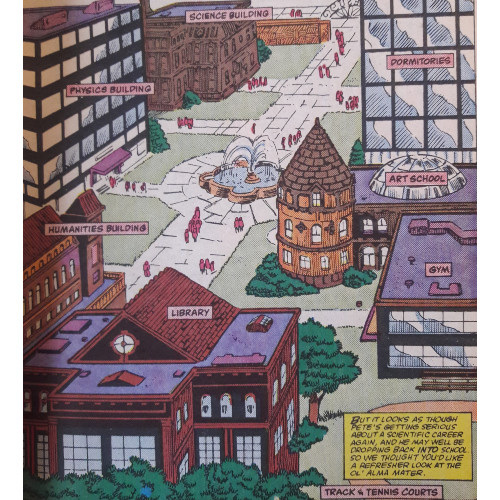 The issue’s greatest appeal, however, comes with its second half. Roger Stern takes the writing reins from Danny Fingeroth, delivering a “Who’s Who?” of “Spider-Man’s Forgotten Foes.” Full-page images of bygone baddies offer a glimpse into Spidey’s blurrier corners of his rogues gallery, highlighting only a few crooks I was aware of (primarily from reading a handful of very early Marvel Team-Up issues) and introducing me to villains I had never been aware of. The art alone is worth taking a gander at for these “pin-up”-style pages, and I frequently recalled seeing these exact images elsewhere, as if these pics became a standard for Spidey’s enemies (and sometimes his friends) in other biographical volumes such as encyclopedias. My one head-tilted-in-confusion moment came when Stern references the Black Cat as a “forgotten foe.” I've never thought of here as either "forgotten" or antagonistic in a purely evil sense. In an issue where other characters’ appearances were labeled their “first and only” pop-up in a single mag, Cat’s inclusion here reads odd. My hypothesis is that she’s a “forgotten” villain in the sense she no longer aids the side of evil, save for the occasional theft or two. Otherwise, I’m not sure why she’s here.

Web of Spider-Man Annual #3 is a far cry from our first two WSM annual issues. Part of me wonders if the book, which never sold as well as its sister titles, was just hurting for material and thus slipped in this concept instead of a story. A bit disappointing, actually, because the first two annuals weren’t terrible (as you can see here and here). Fortunately, next time we reach a WSM annual, it’ll be a story...in fact, it’ll be only part of a story. 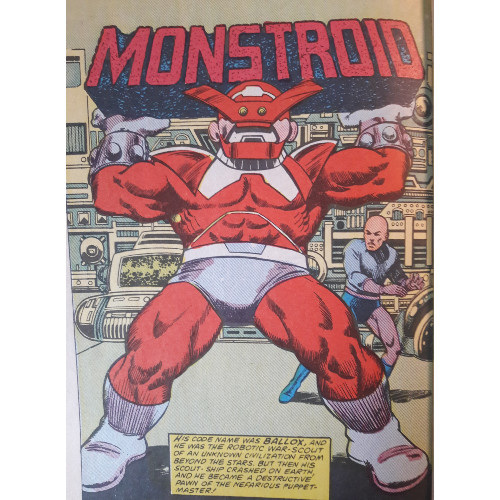