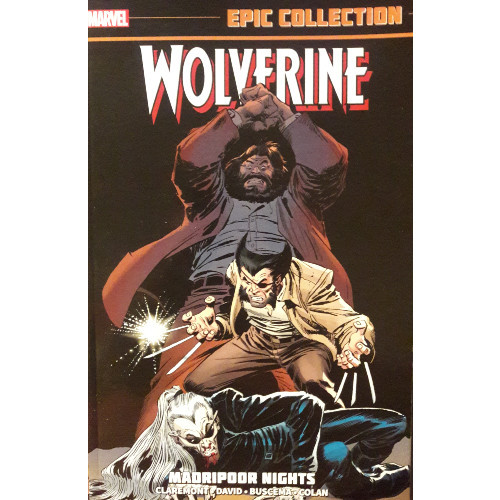 If you’ve been reading some of my other posts, you’re familiar enough with Wolverine. I’ve discussed his time in the X-Men, his 19th Century formative years, his brutal treatment during his Weapon X years, that one time he was brainwashed by Hydra, even that far-flung, dystopian future narrative where he’s a grumpy, old has-been. Heck, just yesterday, I discussed a 90s team-up between Wolvie and my boy Spidey. I haven’t read a ton of Wolverine's adventures, considering his storied history, but I’ve collected some tales here and there, enough to familiarize myself with the man with the adamantium bones.

Surprisingly, several stories I’ve read and reviewed have been modern. Old Man Logan. Enemy of the State. Origin. Those three were all written within the last twenty years. Even Weapon X was composed in the very early 90s. Go back a little farther, and you’ll find X-Men stories from the 70s and 80s where Chris Claremont did the bulk of the work on the short-statured superhero. Getting a little deeper into the 80s, Wolverine was eventually afforded his own series (his second after the four-issue Claremont/Frank Miller limited series), the first several issues of which were collected in this volume. And who better than Claremont to dive in headfirst, sculpting his take on a Logan flying solo? 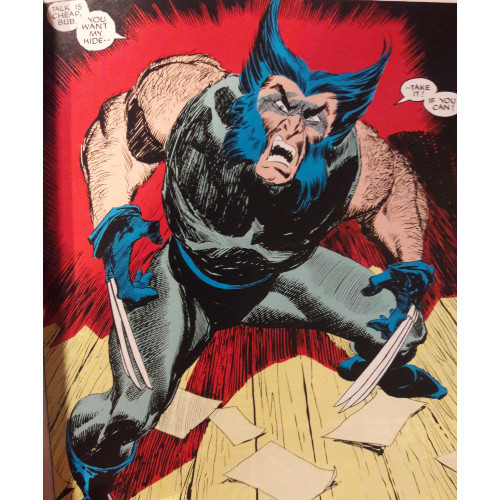 The X-Men were dead. Long live the Wolverine.

During the “Fall of the Mutants” storyline (which, in my recent perusal of X-Men history, I have not yet reached), Marvel's money-making mutants were believed to be dead. But because they weren’t actually dead (and I couldn't tell you if they were even mostly dead), and probably because a craving public demanded more Wolverine stories, Logan wasn’t just going to stick to the shadows. So Claremont brought him back into the spotlight, albeit a much more obscured spotlight that couldn’t really illuminate anything because he was supposed to be playing dead like a possum. 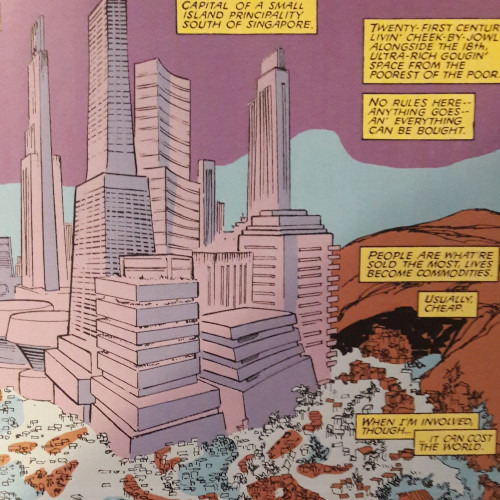 Claremont, engagingly, removes Wolverine from all the hyped-up, superhuman action fests and moves him East, to the fictional country of Madripoor. In the Marvel Universe, you will never find a more wretched hive of scum and villainy. Claremont had toyed with the concept of “Wolverine as world-trotting superstar” in the character’s original limited series with Miller. There, Wolverine traveled to Japan to wrap up some unfinished business. Claremont, perhaps seeing the viability of Wolverine as a standalone character, took him away from the X-Men temporarily; seeing how well the character stood on his own, Claremont gave Wolverine a new opportunity to steady himself on his legs, learning to walk out from underneath the shadow of Professor Xavier and his former students.

As an inaugural hero in the new team of Claremont's Uncanny X-Men, Wolverine took a little time to start growing. He began his X-Men life as a short-tempered midget with few actual reasons to be likeable outside of his strangely comedic irritability. Sort of a character you liked to dislike. He tussled with Scott Summers’ leadership, sniping verbal barbs and hitting on Jean Grey. Over time, Wolverine grew to respect Scott as a man and found kinship among the X-Men. One of Claremont’s central themes across the first several years of writing, I would argue, is Logan’s reformation as a person and humanizing. And after all that time spent under Scott’s leadership, it’s time for Logan to leave the nest, however unexpectedly forceful that step might be. 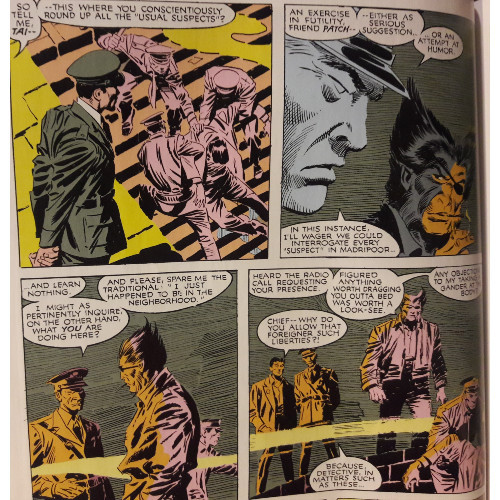 We’re given, then, a Wolverine who is not necessarily finding himself but certainly discovering his place. Wolverine has, always, been a very confident, capable character. Even here, Claremont capitalizes on Logan’s “best at what he does” attitude in a manner that is not overconfident or prudish but still interminable and fascinating. Wolverine’s personality is domineering, his skills honed, his tone sharpened and to the point. Claremont loves having thugs and brutes underestimate the willy Canadian, constantly placing Wolverine in situations where he’s just gotta barrel through whatever is front of him. You, the reader, are offered a magnificent front row seat to his scrappiness and indefatigable spirit. Deep in Madripoor, Wolverine seems to seek meaning outside of the X-Men. He finds it, no doubt, but getting to that point requires his smarts and canniness. Maybe he’s the Canny X-Man?

The book, by and large, feels utterly different than most other X-centric tales Claremont has produced until now. Past stories featured cosmic threats like the Dark Phoenix wiping out entire civilizations, running commentaries on man/mutant relations and their real world racial counterparts, sagas of love and loss within the mutant community. Epics, in short. Real, genuine epics that stood out, featured worlds outside our own, power beyond belief, and radically superhuman (yet also superbly human) characters. Little of that is found here, save the characterization. Claremont grounds his stories in grit, trading supervillains for a tyrannical crime lord and his gang, assassins, and barroom brawls. Yeah, sure, the Hulk pops up at one point in his Joe Fixit guise, but even this is played down. Claremont nails the street-level vibe with Wolverine. He doesn’t approach the narrative from the same kind of “Daredevil defending Hell’s Kitchen” or “Batman cleaning the streets of Gotham” vibe most vigilante stories carry. His Madripoor isn’t a city in need of saving; it’s already infested with criminals and drifters, and Wolverine just happens to be one more man who drifted in. But there are still good people, and they need to be protected. Wolverine finds a place where he doesn’t stand out; he fits the vibe, the feel of the city, but he detests its darker corners. No, he won’t save Madripoor...but he will change it just a little. 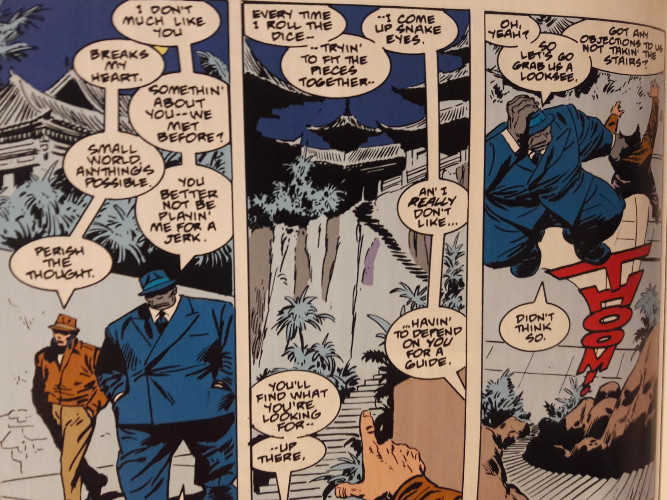 After Claremont departs, Peter David takes over writing duties with issue #9, crafting the single best issue in the whole volume. Along with Gene Colan--who also illustrated “Panther’s Quest” with Don McGregor--David writes a standalone adventure that sees Wolverine as a grim hunter. Seeking to right a wrong, Wolverine eliminates a group of guys who all had a hand in causing injustice. It’s offbeat, scary, and highly different from Claremont’s work. Claremont had already allowed Logan to become a little more brutal, but David makes him downright terrifying. For most of the issue, we simply get glimpses of Wolverine as he moves from man to man, taking them out. It’s just so different from anything else we’re presented with, a nice palate cleanser from the high-stakes action we’ve witnessed in the past several issues. 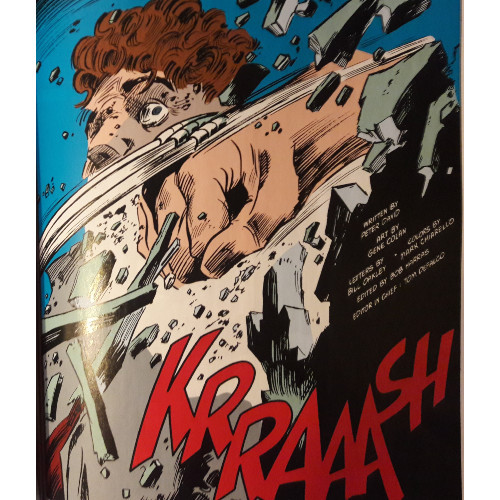 David’s work is cleverly written, allowing the writer to maintain the chops he developed on stories like “The Death of Jean DeWolff” and his run on the Incredible Hulk (a character who David doesn’t get to write in this volume, oddly enough, despite the Gray Goliath's appearance) and would keep throughout various stories during the 90s. His dialogue is fluid and humorous, containing a rhythmic cadence that balances jokes with narrative development. Where Claremont’s Wolverine is a blend of grit and warrior intuition, David takes a more Indiana Jones-esque approach to the character. His main narrative, a six-part epic dealing with priceless artifacts, takes Logan on a globe-trotting adventure, inserting some whimsy into the title. Yes, I said “whimsy” in a review about Wolverine comics, and by “whimsy,” I mean a certain level of goofy fun not seen in prior chapters. David’s vision for the characters fit with Claremont’s view well enough--Logan needs to come into his own, developing the identity and personality he started forming with the X-Men. But David allows himself enough time to just have fun on the title, balancing character-driven moments with low stakes plotting.

Both Claremont and David truly grasp this idea of setting Wolverine apart from prior narratives. The world of Madripoor is lush with character and drama, creating a home base for Wolverine to come and go. Superhero characters often work well within a fixed setting--Superman has Metropolis, Black Panther has Wakanda--and though Logan did call the X-Mansion “home” for a long while, removing him from familiar surroundings and dumping into a brand new country further separates him from the past. New and old characters come and go, villains make recurring appearances for different showdowns, allies crop up now and then. Claremont, primarily, and David to a slightly lesser extent, create this brand new world for our hero to interact and mingle with. Claremont may serve as the main architect, but David is an admirable successor, building upon the brickwork which Claremont has already laid. 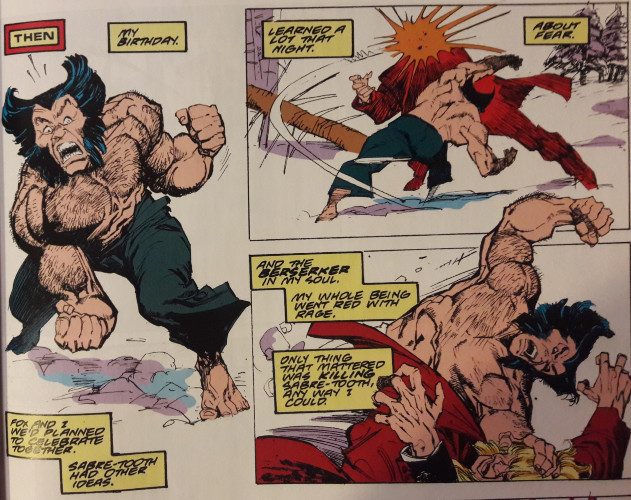 Tonally, this volume is far different than I anticipated when considering a standalone Wolverine series, but it works far better that I would have imagined if I was aware of its contents. Logan ends up being a fantastically adaptable character, a jack-of-all trades. He can be a superhero just as easily as a bar room brawler, bodyguard, adventurer, or mercenary. Driven by a blend of feral instinct and a strict code of honor, Wolverine embodies the ethics of a samurai while wearing the skin of a wolf, a blend of Bushido and berserker. This Epic Collection really focuses on the uniqueness of the hero and touches on several of the characteristics which have made Wolverine so popular for so many years.